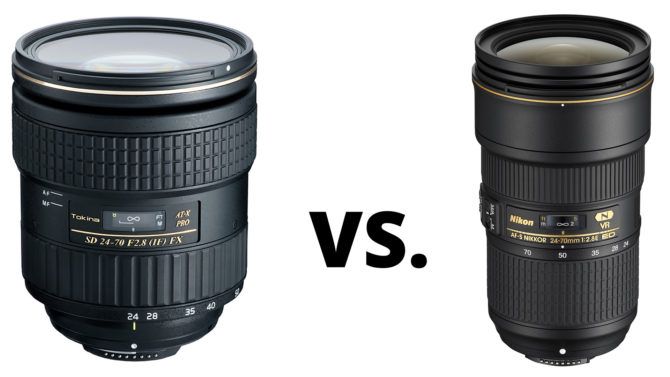 I’m not one who generally tends to pay much attention to DXOMark scores, but this one quite surprised me.  Released in 2014, Tokina’s AT-X 24-70mm f/2.8 Pro FX seems to do pretty well against the main competitors, and actually scored higher than Nikon’s current model 24-70mm f/2.8E ED VR, released in 2015.

So, if you’re a Nikon shooter thinking of picking up a fast 24-70mm zoom, Tokina might now be a name you want to consider.

Now, the current Nikon 24-70 wasn’t off to a good start as it was, not scoring as quite highly as the previous generation Nikon 24-70mm f/2.8G ED it replaced, but this has got to be a bit of a blow to Nikon. 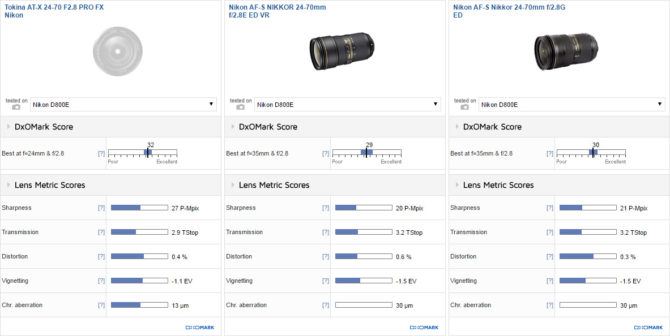 That is, of course, assuming Nikon even cares what DXOMark think.  I tend to forget DXOMark even exists when I’m looking to acquire a new camera or lens, and actual use in the real world is far more revealing to me than “scientific” pixel peeping, but it is still an interesting result.

Not surprisingly, as it scored the same as the current Nikon, Sony’s FE 24-70mm f/2.8 GM lens released in February is also beat out by the Tokina.  The only other mainstream lens left is the only one that scored higher than the Tokina, and that’s the Canon 24-70mm f/2.8L II USM.

The numbers that are used to determine the scores aren’t really all that important to most people, until you add in on every vital number, and that’s the price (according to Amazon right now).

Of course, DXOMark scores don’t tell you about things like build quality and durability, nor the support you’ll receive from the manufacturer in the event that it dies, all of which are a big concern to f/2.8 zoom users who rely on their equipment to keep a roof over their head and food on the table.

It also doesn’t measure things like the speed of the autofocus, and subjective points (don’t make me say it) that make a photographer choose one lens over another.  It also doesn’t tell you that the Tokina is the only one of the lenses listed that doesn’t have weather sealing, also important for many types of photography.

But, if you were in the market for a more budget 24-70mm f/2.8, it looks like Tokina may be the way to go.  It also just beats out the Tamron (which scored 31), and laughs in the face of the Sigma (which scored a lowly 25).  You can read the full review, here.

Do you care what DXOMark says about a lens before you buy? Were you surprised by these findings? Will it make any difference to your next lens purchase? Let us know your thoughts in the comments.

« Ricoh’s new 4K Theta 360° VR camera announcement expected soon
Three tools to rule them all: How to fix anything in Photoshop with three basic tools »