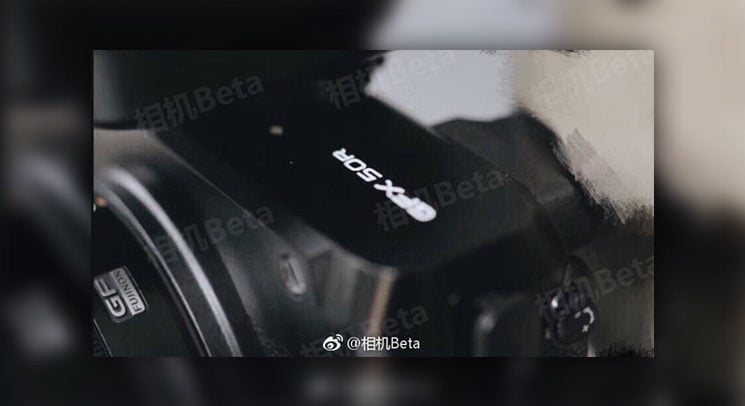 It’s being reported by Fuji Rumors that the Fuji press event coming before Photokina opens up will be to announce a new medium format camera. The GFX 50R has been rumoured for a while now, but it seems that it’s finally coming. And it’s coming on September 25th – not the 23rd as many have been reporting.

FR says that they have the announcement confirmed by multiple trusted sources and that it will cost “around $4,500”. While still not exactly pocket change, it does come in substantially below the $5,849 Fuji GFX 50S. The $4,500 price hasn’t been set in stone yet, but they claim it won’t be too far off that $4,500 target.

There isn’t much information available about the GFX 50R yet. Some things we already knew, although FR is now adding a couple of new specs that they’ve received from trusted sources.

While these are still rumours, FR does say that the information comes from multiple reliable sources. And posts on Weibo do seem to back up some of the information, along with a few more rumours.

That price is significantly lower than previous estimates, and with the cost of just the sensor alone being around $2K, I can’t see that happening. . We’ll know for sure, though, when the official announcement happens, but we’ll keep you updated as we hear more.

Going back to that Photokina press event, though. A couple of the names on the list look quite interesting. Sony and Panasonic, in particular. We might finally see an A7SIII announcement, or perhaps the A6500 series successor (or A7000) that’s like a mini A9. As far as Panasonic goes, I’m hoping for a full frame version of the GH5.

« Can’t wait to get your hands on a Z7? Get one now with this paper cutout model
How we made this exploded view of a floating Sigma 105mm f/1.4 Art lens »