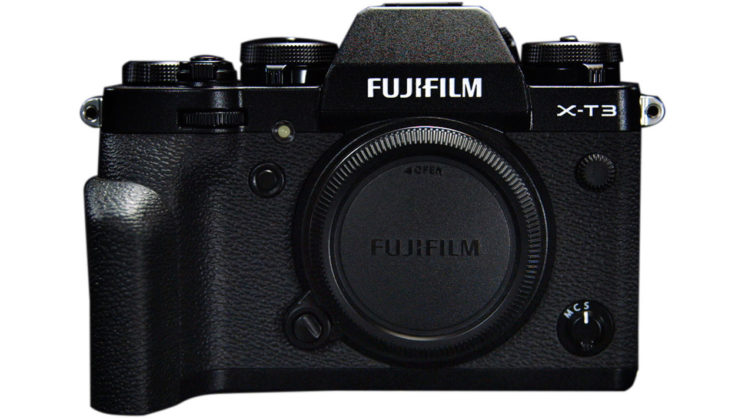 With all of the big mirrorless announcements lately from Nikon and Canon, it’s easy to forget that Fuji were expected to also announce a new camera this week. Fuji X-T3 rumours have been floating around since at least July, but now it’s finally here. And, on paper, it seems like it’s everything we hoped it would be.

The X-T3 really appears to be a completely brand new camera from Fuji. It has a new sensor, as well as a new processor and massively improved video capabilities with a major focus on speed.

That speed results in the big news of 30 frames per second continuous high speed shooting, with no blackout and autofocus/exposure tracking. Of course, this does come at a little expense. You do have to drop to 1.25x crop mode or “Sports finder mode”. This brings the crop down to around 1.9x compared to a full frame 35mm sized sensor.

So, just a tad larger than Micro Four Thirds. But that still results in a 16.6MP image. You are using the electronic shutter in this mode, but the rolling shutter is supposed to be drastically improved in this model. In regular mechanical shutter mode, the camera shoots a still impressive 11 frames per second.

The speed of the X-T3 is possible partly due to new quad-core X-Processor 4. It has 3x the processing power of that found in the X-T2. This means it has more capability for processing autofocus data, as well as the images shot with the camera. And speaking of the autofocus, the X-T3 features 2.16 million pixels that work as phase detection autofocus covering 100% of the sensor. Yes, that’s right, it has 2.16 million autofocus points, with 425 of them being user-selectable.

The autofocus & exposure systems also now work independently of each other. As explained in the video above, the way it used to work is that they would essentially timeshare CPU power. It would autofocus a bit, then meter a bit, then af a bit, meter a bit. Now, the two are completely independent and both autofocus and metering happen simultaneously, so one isn’t slowing down the other. 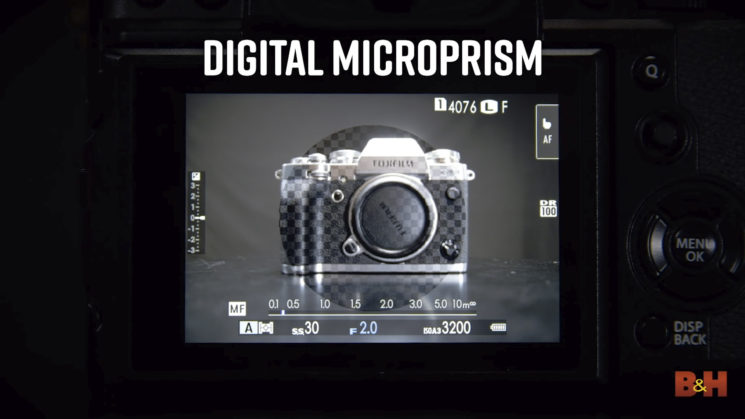 For manually focusing, Fuji have added a digital microprism. While some users might find this somewhat unusual or frustrating, this will be nothing new to those old school film shooters. It’s an interesting idea, and I’m curious what people will make of it in the real world once the camera becomes available. Does it compare to a real 35mm SLR microprism? Or is it just a useless gimmick?

For exposure, zebra stripes have also been added, along with the existing focus peaking for checking focus. The X-T3 can also output video at 10Bit 4:2:0 internally, thanks to the H.265 codec, and 10Bit 4:2:2 through the HDMI output for those using external recorders. With Panasonic & Fuji now capable of 10Bit internal recording, and even the Nikon Z6/Z7 & Canon EOS R capable of 10Bit 4:2:2 HDMI output, the pressure will be on Sony to step up their 8Bit video game.

I think Fuji shooters looking to upgrade, especially if that reason is speed, will be rather pleased with the X-T3. It will be available in black & silver, body only or packaged with an 18-55mm f/2.8-4 lens.

Pre-orders open up on September 7th, and will ship on the 20th. You can find out more about the camera and see complete specs on the Fujifilm website.

« This video shows the impact of frame rate on bottle shots
For IBC, we are giving away Pro Gear: Lights, Power and a VTC Plate to ramp your movie making »