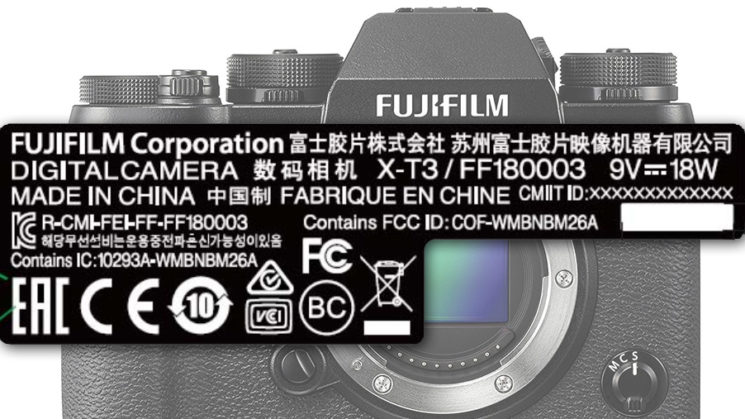 A new FCC registration spotted by the folks at Nokishita shows that the Fujifilm X-T3 is on the way. Exactly how soon is another matter entirely, but it’s coming. Registered under the model name FF180003, this marks Fuji’s first flagship camera made in China. The X-T1 and X-T2 were both made in Japan.

While this does mark the first Fuji flagship made in China, it’s not the first product they’ve had made there. Many of their lower end cameras are made there, as are the vertical grips for the X-T1 and X-T2 – and all reports I’ve received say they’re pretty solid.

The FCC registration covers the WiFi and Bluetooth features integrated into the future camera, along with a description of the testing equipment and procedures used. 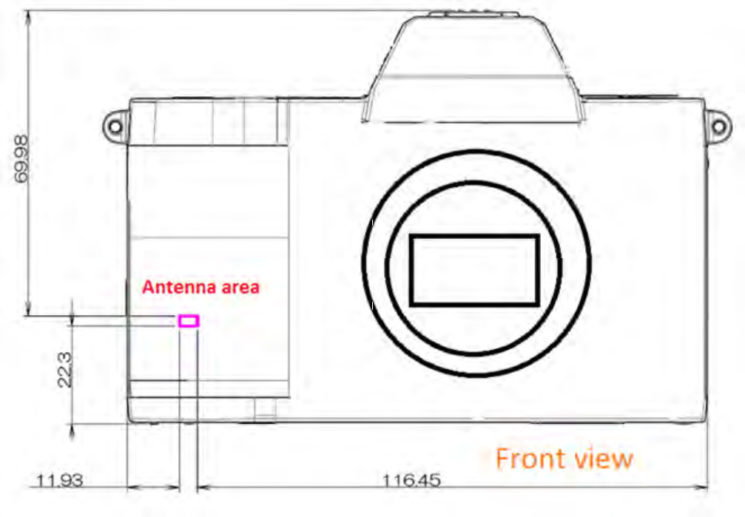 As for the “Made in China” bit, well, that comes from the label being applied to the bottom of the camera. That’s shown in this diagram, showing the FCC, CE and other certifications.

So, all we know for sure, then, is that it will have 802.11b/g/n WiFi, Bluetooth and will seemingly be made in China. Beyond that, it’s essentially rumour. But let’s have a look at those.

Most of this seems quite reasonable, although I’m surprised there’s no IBIS as it seems to be the trend these days – and it’s in the Fuji X-H1.

Fuji Rumors says that they expect an announcement to come either at or before Photokina 2018 in September, with shipping in October/November.