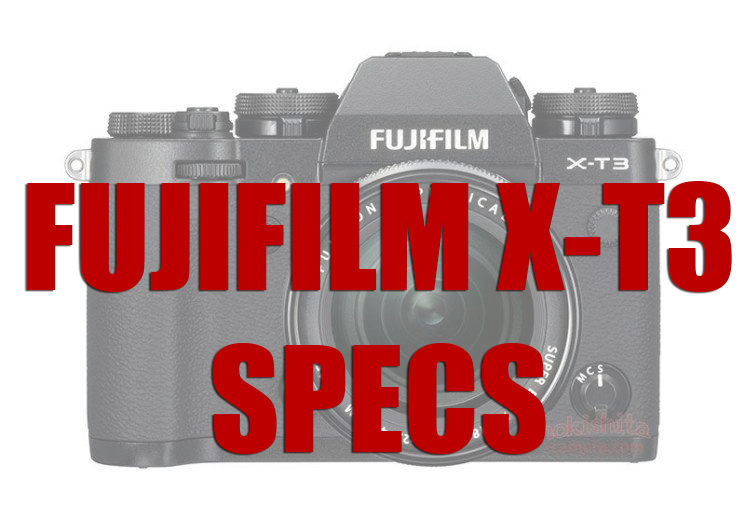 When photos of the Fujifilm X-T3 have leaked, we didn’t have too much info about what’s hiding on the inside. But now, the specs have leaked as well and we get to see a pretty detailed list of features. Compared to its predecessor, the X-T3 will have improved video and continuous shooting capabilities, along with better battery life. So let’s dive in and see what Fujifilm brings you in the new mirrorless camera.

The Fujifilm X-T3’s specs have leaked on Nokishita Camera’s website, and here’s what is listed (with a little help from Google Translate):

Fuji Rumors writes that the battery life for video is also extended for 15% (390 shots CIPA standard). As we could have seen from the leaked images, the Fujifilm X-T3 will come in two color variants: black and silver. According to Nokishita, the camera will be ready for preorders on 6 September and start shipping from 20 September.

It’s been rumored that the Fujifilm X-T3 will have no in-body image stabilization. The leaked specs didn’t help us find out whether this is true or not. Oh, and they didn’t tell us the most important piece of information: how many memory card slots will it have?!

« Stuck in editing a landscape photo? Try turning it upside down
The Lumapod is the fastest but oddest looking tripod you ever saw »