Both photos and specs seemed to have been leaked for Canon’s upcoming M6 mirrorless camera. And there seems very little to distinguish it from the EOS M5, released only a few months ago. In fact, the only real differences seem visual. There’s a slightly different control layout on top, the popup flash has moved, and the electronic viewfinder has been removed entirely.

Looking at the specs so far, though, they appear pretty much identical. Same resolution, same processor, same video, same tilting touchscreen LCD, built in Wi-Fi, Bluetooth, etc. That is, assuming the information is accurate.

The M5 has been a very popular vlogging camera since its launch. A number of very popular YouTube stars have switched over to using it. Removal of the EVF suggests this redesign might be primarily aimed at those wishing to vlog, for two reasons. First, those who are shooting video of themselves aren’t really utilising the EVF. Secondly, with no EVF in the way, it makes it a lot easier to see the screen when it’s flipped up. 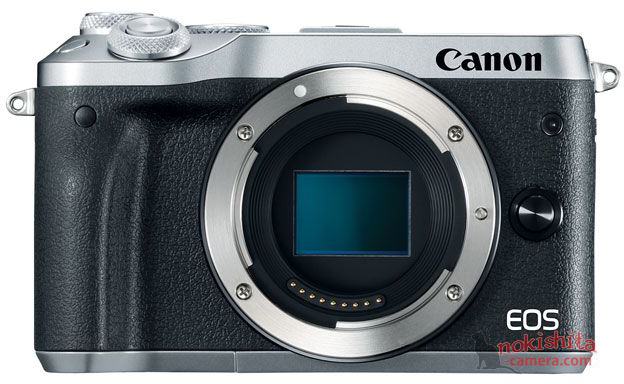 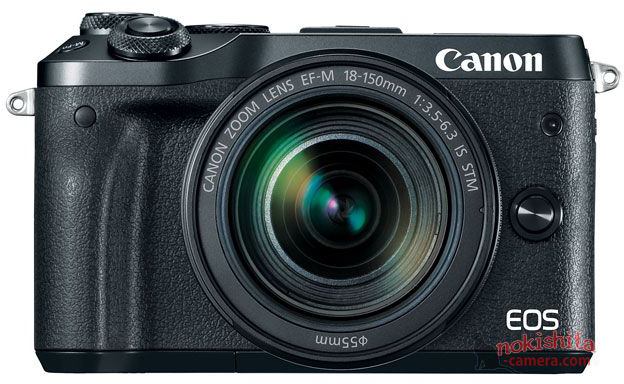 Of course, vloggers will likely be wanting to use a microphone, too. This is typically mounted on the hotshoe of the camera. So, assuming this camera does contain a microphone socket (as the M5 does), then this would still interfere with one’s ability to see the LCD. 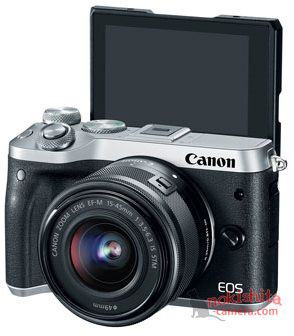 But, not including an EVF is bound to help reduce the cost and make it a more attractive camera to more YouTubers. Folks who want the quality and abilities of the M5, but are hoping for a lower cost.

The lack of viewfinder is also going to help a little with the weight for vloggers, too. When you’re holding a camera at arm’s length on the end of a Jobi Gorillapod, it gets real heavy, real quickly. So, any weight saved is going to be a bonus.

Canon do realise that people might actually want to shoot photos with this camera, too, though. So there’s an optional viewfinder attachment. There’s no photos of it actually on the camera, but I would bet that it probably slips into the hotshoe. Like the camera, it seems that it will be available in both black and silver so you can have the two match.

The top view of the camera shows quite a different layout to the M5. The dial that sits on the left on the M5 has been shifted over to the right, replaced by what is presumably the popup flash. 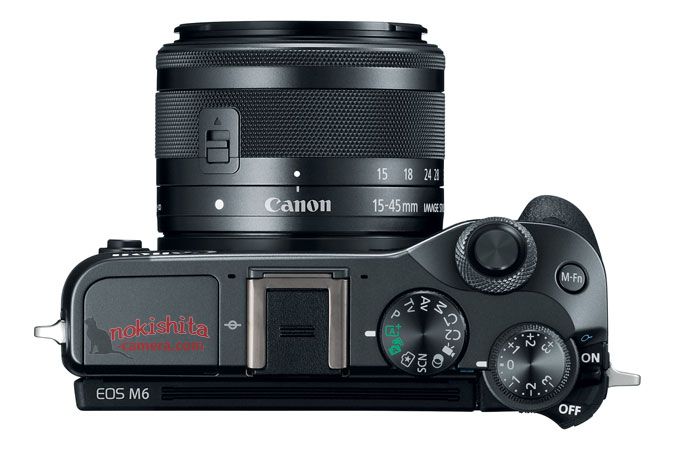 There’s no suggestion of price yet, but I would expect it to be lower than the M5, given the removed EVF. There isn’t really much point getting rid of it otherwise. Especially if they’re going to make you pay more to add the EVF back on. Also no information a release date, either, as the camera’s not yet been officially announced.

What do you think? Will the slightly smaller size and weight of this camera attract you over the M5? Do you find the viewfinder essential most of the time? Are you a vlogger that’s been considering the M5 and decided to hold out to see what the M6 is really like?