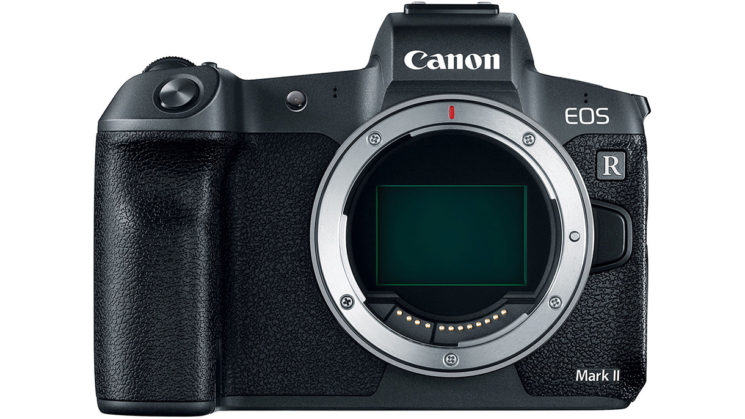 The Canon EOS R has proven to be somewhat popular. But so as to not put all their eggs in one basket, and to not eat into potential sales of a future model, it certainly wasn’t the perfect camera Canon shooters had hoped they’d release to compete with Sony’s latest round of mirrorless cameras.

Rumours of an upcoming EOS R Mark II announcement have been around for a little while, and there have even been reports of them being tested out in the wild. But there has been no information on their capabilities. Now, though, Canon Rumors has reported a list of possible specs.

The current model EOS R is not without (subjective) issue. The 4K video has a pretty severe crop which means you might as well go with a Panasonic GH5 if video’s your primary purpose. The lack of dual card slots also immediately ruled it out for many working photographers who depend on shooting backups as they go at unrepeatable events (weddings, etc).

Those were the two biggest concerns of the original, but according to the potential specs posted to Canon Rumors, it looks like both of those have been addressed.

The lack of RAW video probably isn’t much of a surprise, but does it just mean internally? Will it be able to do it over HDMI to an external recorder like the Nikon Z6? I guess we’ll have to wait to find that one out.

CFast 2.0 looks certain to be a thing of the past for Canon, but instead of going with the expected dual UHS-II SD card slots, one will be SD and the other looks to be CFexpress. There’s been no mention as to whether that SD card slot will actually be UHS-II, but I can’t imagine that it won’t be.

With the Eye AF updates to the original EOS R, 12fps is going to be a nice update on a Mark II over the original’s 8fps. Let’s just hope that it will be able to keep up with shooting that fast. DPAF while shooting uncropped 4K video is also going to be a very nice feature for Canon video shooters.

CR also says that it might not be called the EOS R Mark II, either. While it will undoubtedly be a replacement model for the EOS R, they say that it might receive a new naming scheme. They don’t make any speculation as to what this might be, though.

At this point, this is a “CR1” rumour, which means that it’s definitely plausible, but comes from an unproven source, so it cannot be confirmed. I don’t think the specs listed seem that unreasonable, though.