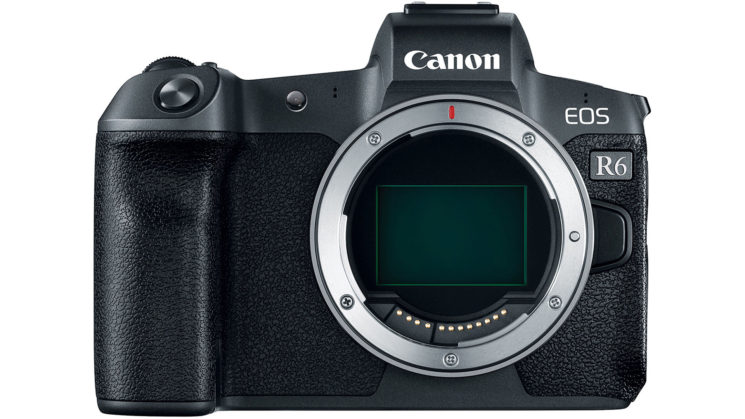 Canon has been extremely tight-lipped when it comes to the EOS R6. In fact, that pretty much haven’t even acknowledged its existence or any impending announcement. but a new set of specs has been leaked, according to Canon Rumors, that show quite an impressive little camera. It’s set to essentially be a mirrorless EOS 6D line equivalent, but it looks like it’ll be quite a bit more.

Some of the potential EOS R6 specs had previously been rumoured with an update in March and those haven’t really changed since (except for one). We already knew about the 20-megapixel sensor and would shoot 4K60p video, but now we’re hearing some new ones that are going to be welcome news to many would-be EOS R6 owners.

Dual UHS-II card slots is going to be a biggy for a lot of people. While memory cards are pretty reliable these days and the chances of one dying are slim, most people would agree that dual card slots are a nice insurance for paid or other important non-repeatable shoots. We already knew that it would have a pair of slots, but it wasn’t until now that we were told that they would both be UHS-II, although it doesn’t come as much of a surprise (and I even speculated as much in March).

Interestingly, the previous rumour regarding the electronic viewfinder was that it wouldn’t be as good as the one in the EOS R5, offering a lower resolution. The updated rumour says that the EOS R5 and EOS R6 will share identical EVFs. The autofocus is also said to be identical to the upcoming EOS R5, along with head and animal detection.

This one won’t be quite the video powerhouse that the EOS R5 is expected to be, though. While it will shoot 10-Bit Canon Log footage, and even apparently shoot oversampled 5K video, it won’t shoot RAW video. Although, this is not surprising given that those dual card slots are both expected to be UHS-II SD and not CFexpress.

If the price does stick to $2500 or less, it looks like it’ll be a nice upgrade for those early adopters who went for the original EOS R. An official announcement is expected next month, so we’ll let you know as we hear more.