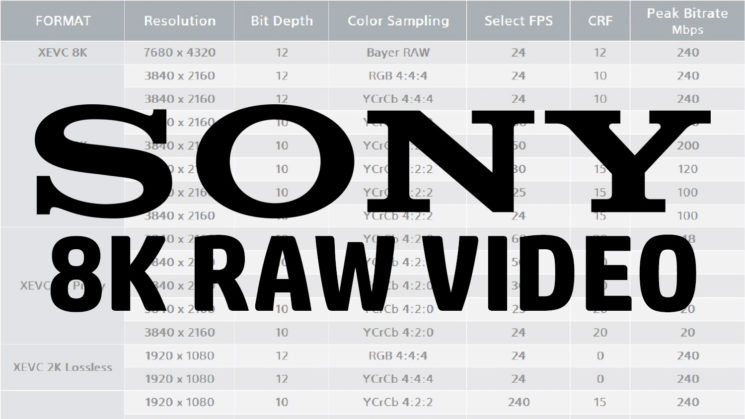 After a recent leak over new 8K full frame Sony sensors, as well as the spec sheet for one of them, now we’re seeing information about Sony’s new “XEVC” codec, which offers 8K 12-Bit RAW 24fps video at up to 240Mbps and 1080p 10-Bit video up to 240 frames per second.

Leaked through both Sony Alpha Rumors and EOSHD, the XEVC codec seems to be based around H.265 (HEVC) Version 2. It supports Bayer RAW encoding, 8K and 4K resolution at bitrates low enough for even today’s current SD cards. You might not even need UHS-II. 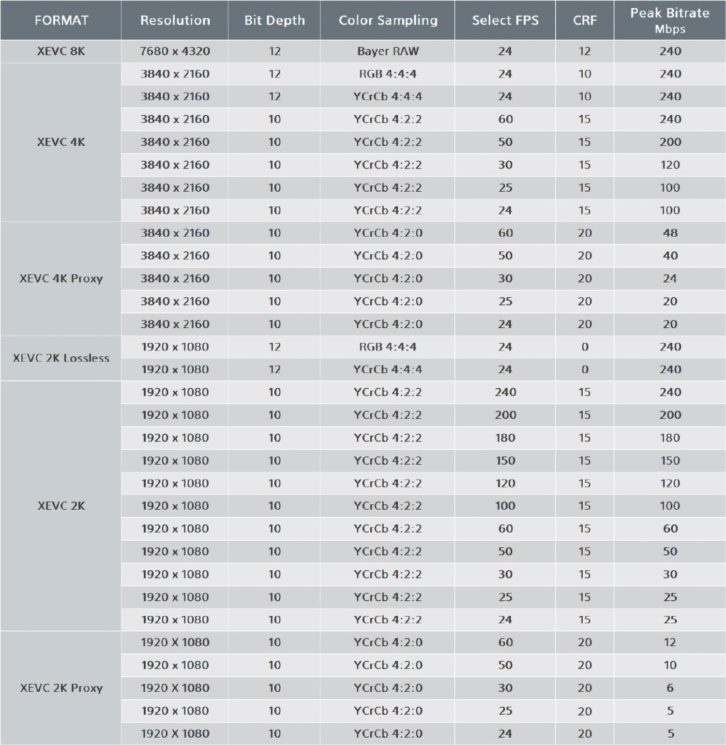 The XEVC codec looks set to replace the XAVC codec, based on older H.264 compression. H.265 offers around twice the image quality of H.264 for the same bitrate. This means you not only need less space to store the files but also lower write speed requirements for your memory cards to record it.

If the leaked information above is accurate, the new codec will support 8K RAW video as well as new 4K and 1080p RGB 4:4:4 formats and 1080p with lossless compression. The codec also offers 4K and 1080p proxy files with bitrates as low as 20Mbps and 5MBps respectively. If it can shoot these side-by-side with the full-size footage, that will make life a lot easier for those who want to render out high quality 4K and 8K video on lower end systems.

Will we see it in the A7SIII? Possibly, although it will likely make its first appearance in Sony’s higher end video cameras. Think of something more along the lines of a Sony FS7 update.

But with all of the mirrorless releases from Nikon, Canon & Fuji in the last few months offering 10-Bit video (even if some are only through HDMI output to an external recorder) and new models from Panasonic & Sigma expected early next year, Sony’s 8-Bit was starting to lag a little behind. If Sony fights back with this, it’ll be the competition who will be back to playing catch up.