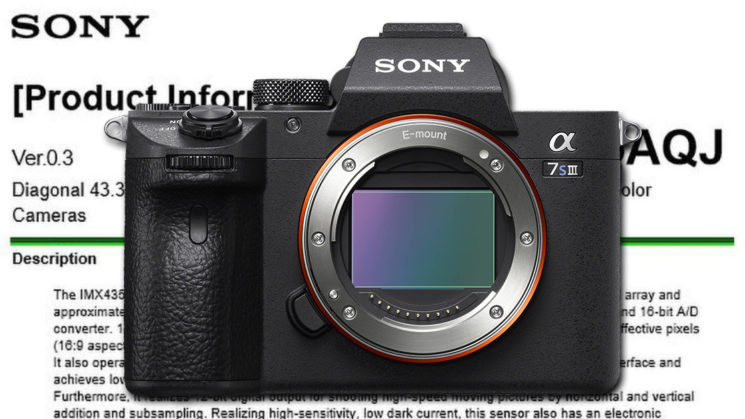 A leaked data sheet for a new Sony IMX435 sensor, one of the two 8K Sony sensors mentioned a few days ago has come out. It appears to be the 36-megapixel one, potentially offering 8K video at 60fps and a strange super ultra wide 4K (3840×1080) at up to 480 frames per second. It’s suspected that this might be the sensor that will reside in the much anticipated Sony A7SIII.

4K UHD at 3840×2160 resolution could theoretically sit at around 240fps. Whether or not it’ll be 10 or 12-bit is unclear, but I think it’s more likely to to be 10-bit if this speed actually offered. I can’t see Sony jumping into CinemaDNG territory, or bringing out their own raw video format to their mirrorless cameras when they actually have a full line of dedicated video cameras. 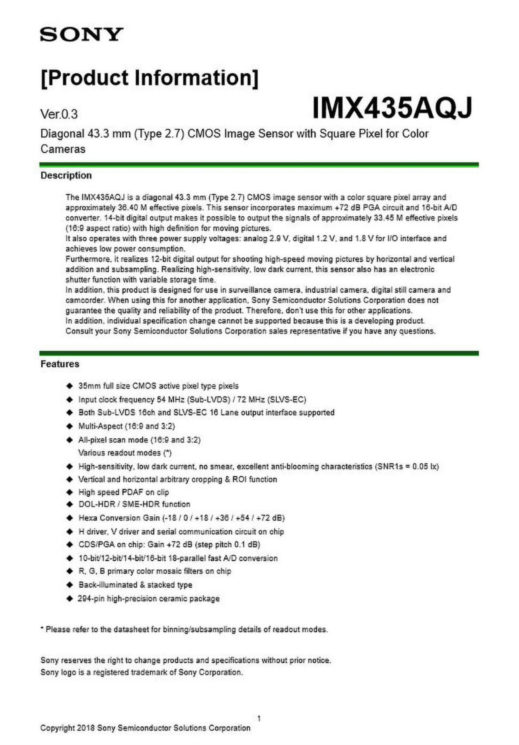 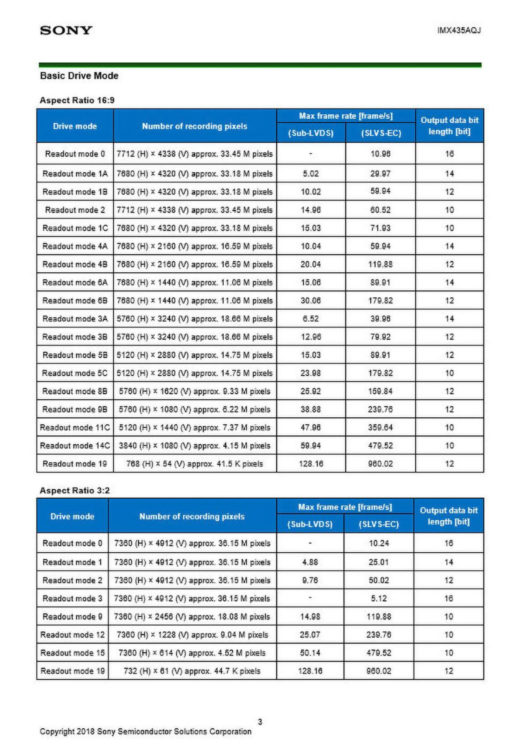 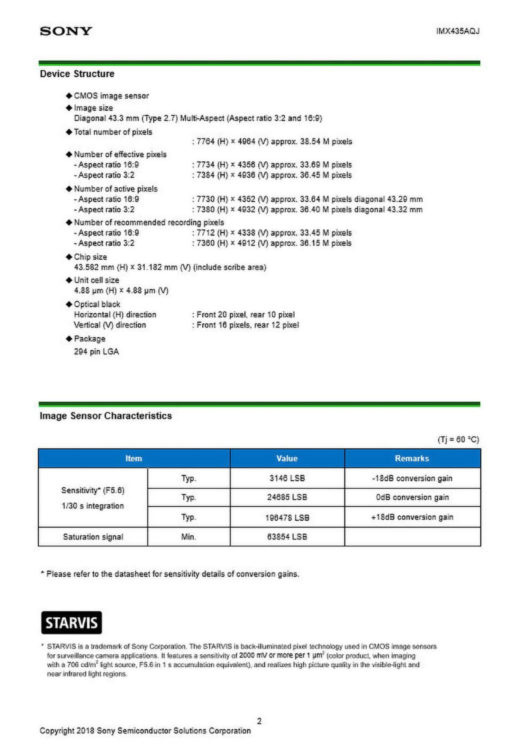 As this is a leak, it’s to be treated like any other rumour for now until Sony announces something officially. Although Andy at EOSHD does say the source of the leak has proven correct in the past. But even if it is legit, I would imagine this sheet is still subject to change as it doesn’t list any real 4K UHD (3840×2160) frame rates yet.

It has been suggested that Sony are open to licensing these sensors out, too. So, we may see them in upcoming cameras from the other big names, too, in the near future.