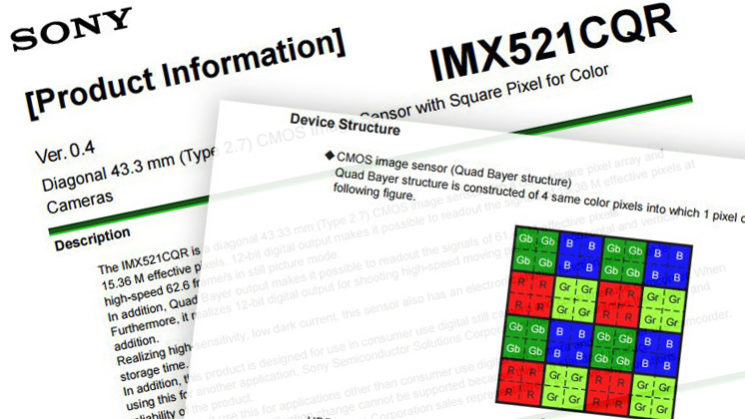 Once lauded as the kings of video, Sony’s been lagging a little of late with their A7 mirrorless series. They’re still clinging onto that 8-Bit video while the rest of the world is going 10-Bit or even 12-Bit raw. But it seems that Sony might finally be going at least 10-Bit after a sensor spec, allegedly for the Sony A7S III was leaked to EOSHD.

It’s an interesting looking sensor if the leak is accurate, that actually looks specifically suited to video rather than stills. So the possible destination of an Sony A7S III makes some sense and it is definitely a full-frame sensor. It’s not super high resolution, being a 15-megapixel Quad Bayer sensor, but for 4K video, what more do you need? 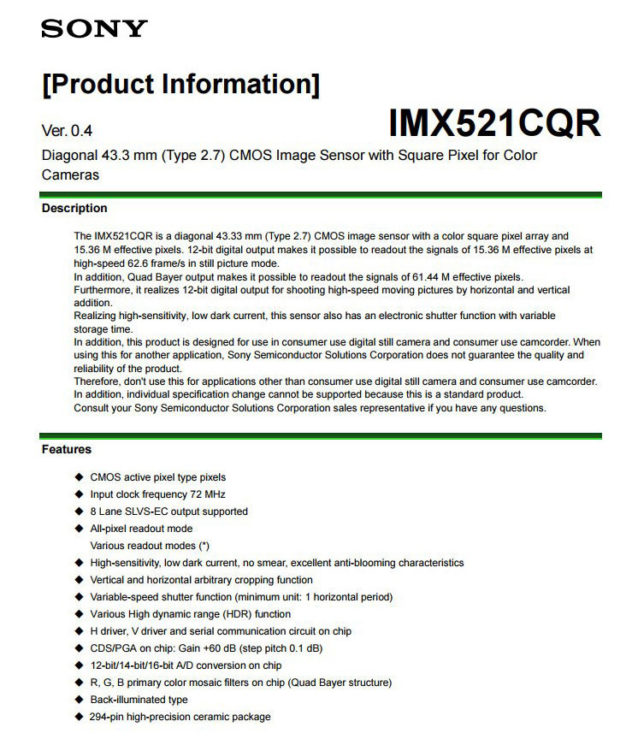 The Quad Bayer setup means that it’s effectively reading around 60-megapixels for each frame, and then crunching them down to 15, which should result in a sharper output than a traditional 15-megapixel sensor. 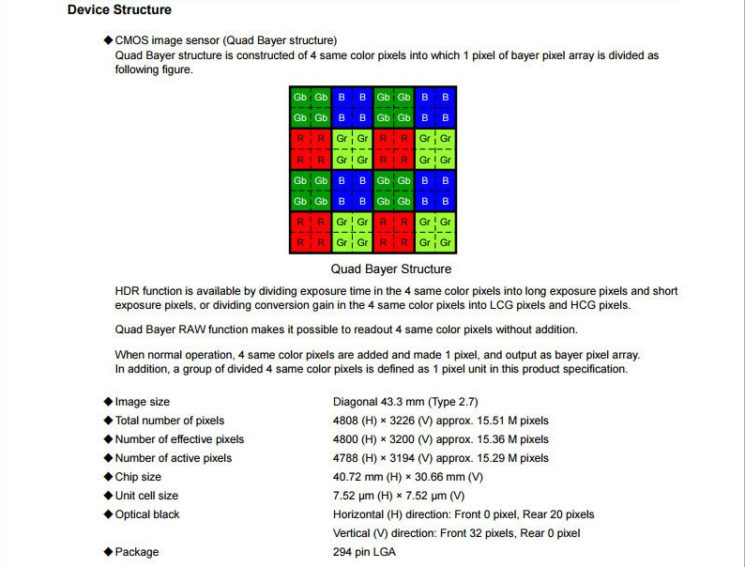 It’s a technique that’s been commonly employed in smartphone cameras over the past several years, with 48, 64 and 108-megapixel sensors producing 12, 16 and 27-megapixel images respectively, and it’s what’s led to a lot of the rise in quality of smartphone photography over the last few years. To see this tech potentially come to a video-centric mirrorless camera like a theoretical A7S III will be interesting to see.

The description for the Sony IMX512CQR sensor in the product information keeps going on about 12-Bit output, but that may only be for stills. More than likely, internally, it will probably cap out at 10-Bit. But it’s possible that it might feed out 12-Bit raw over HDMI, as is starting to become more common. 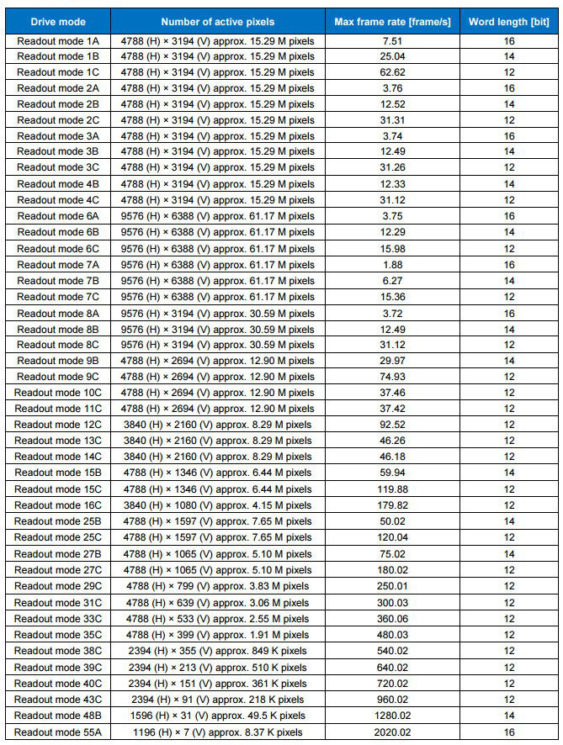 The potential frame rates for putout show 4K UHD resolution at up to around 95 frames per second, going up to almost 180fps for 2:1 3840 x 1080 wide letterbox. I doubt Sony would let us cap out these speeds, but I’d be curious to see exactly which resolutions and frame rates Sony does give users access to if this is indeed the sensor destined for the A7S III.

There’s still no word yet on when we might actually see a Sony A7S III announcement, but we may hear something at some point between CES January and NAB in April 2020.

« Nikon’s long-awaited firmware updates for RAW video support to come this week
It’s official: Fujifilm is pulling out of Photokina 2020 as well »