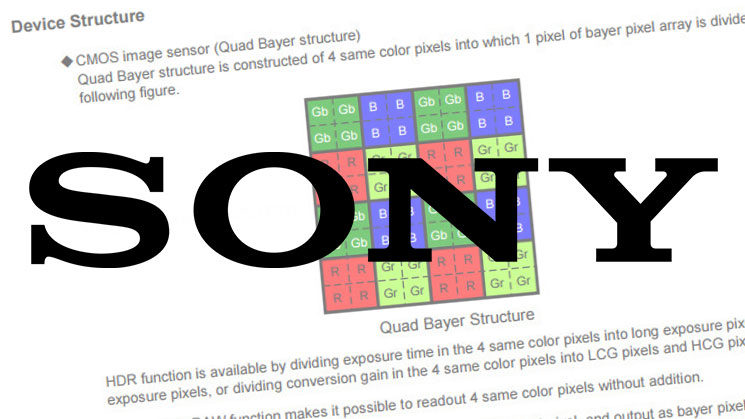 Sony has published specifications for six new sensors, all of which are full-frame, including several stacked sensors and a 15-megapixel sensor that uses Sony’s Quad Bayer design – a design typically implemented in Sony’s smartphone sensors.

The new sensors include the IMX521CQR, which appears to be a Quad Bayer variant of the 61-megapixel sensor found inside the new Sony A7R IV. The other five range in resolution from 24 to 48.96-megapixels with some pretty impressive features. 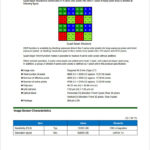 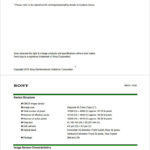 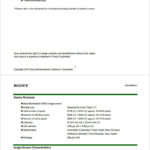 First up, let’s talk about that IMX521CQR. Sony is showing this off as a 15-megapixel Quad Bayer sensor, which is unusual. It’s a similar technology found in some of Sony’s smartphone sensors, like the IMX586 found in a number of the current crop of high-end smartphones. There they advertise it as a 48-megapixel Quad Bayer, which puts out 12-megapixel images. 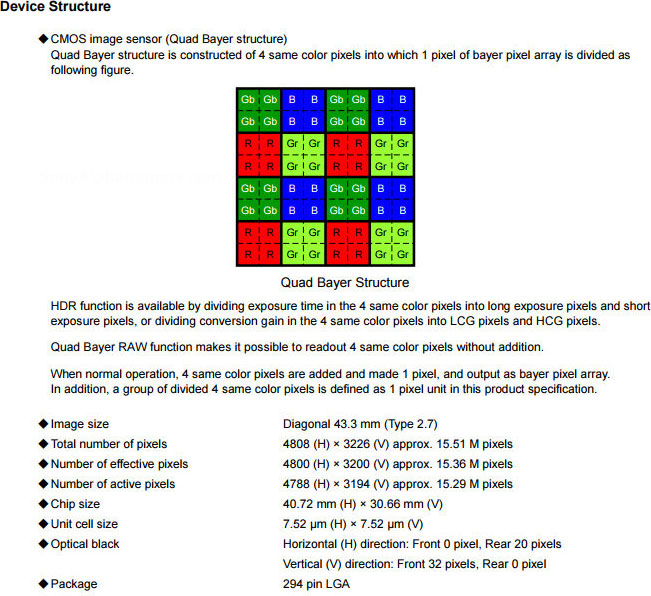 Quad Bayer sensors essentially work by having four photosites for each colour pixel. This allows them to help smooth out colour and tone, reduce noise, and allow for easier acquisition of HDR, as different exposures can be created simultaneously. Seeing this technology in a full-frame sensor, especially with the maximum claimed 92.52fps 12-bit 4K UHD output suggests that this might be geared towards offering video cameras with a high dynamic range rather than stills cameras.

The IMX311AQK is also an interesting chip. It’s a 48.96-megapixel stacked CMOS sensor with a 45-degree pixel array. It claimes up to 21.6 frames per second when shooting stills, and offers 12-bit acquisition for video, although Sony’s description does state that it’s designed for consumer use digital stills cameras and does not guarantee quality or reliability for other uses – like video. In fact, they specifically warn against uses other than shooting stills.

The other four sensors are all fairly ordinary. Two of them are also stacked CMOS sensors. There’s the 30.65-megapixel IMX554DQC, which can read out at over 36fps, and another 48.96-megapixel sensor, and the IMX313AQK which shoots up to 10fps in 16-bit mode and 21fps in 14-bit mode. The spec sheet for the IMX313AQK also suggests it might be able to shoot 12-bit 4K UHD at up to 140 frames per second. 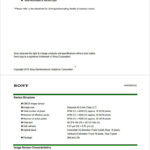 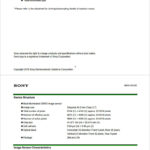 Then there are two standard backside-illuminated (BSI) sensors. First, the IMS409 BQJ, a 55-12-megapixel sensor offering up to 13.2fps for 14-bit stills, and then there’s the more conservative and fairly standard resolution (at least these days) 24-megapixel IMX410CQX.

Naturally, there’s no word on what cameras these sensors may show up in. It seems they’re destined more for 3rd parties rather than for use by Sony themselves in their own cameras.

I’m curious to see how manufacturers will implement the Quad Bayer sensor into DSLR or mirrorless cameras, assuming it ever makes it into the consumer camera market. It’s entirely possible that it won’t and just ends up going into special-purpose cameras. But it would be nice to see some of the advanced smartphone sensor tech and computational photography features come to full-frame sensor cameras.