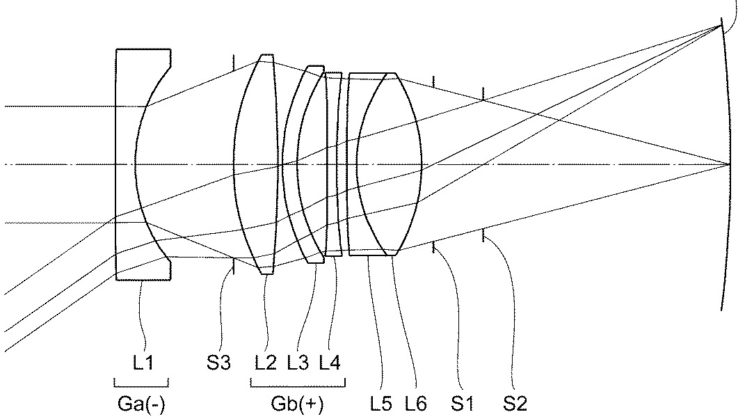 This could be the biggest indicator so far that Nikon are actually starting to take mirrorless seriously. Yes, they did mention recently that they plan to launch a mirrorless camera that can complete with medium-to-high end DSLRS. But talk is cheap. This new patent, though, makes things rather interesting. It also suggests that Nikon’s re-entry into the world of mirrorless may even be full frame.

Nikon’s new patent describes a 35mm f/2 full frame lens designed for cameras with curved sensors. While a curved sensor doesn’t preclude a new DSLR, mirrorless is the more likely outcome. Could this be the future of Nikon mirrorless?

Nikon have patented their own curved sensors in the past. A patent was filed way back in 2008, but nothing really seems to have come of it since then. We’ve known for a while that Sony have been working on full frame curved sensors, too. We saw an image created by one in 2014. But no such sensor has appeared inside a commercially available camera yet. Could this be the sensor to go along with this lens?

Sony may decide to keep their own curved sensors for their own cameras, but they may not. It wouldn’t exactly be the first time we’ve seen a Nikon camera with a Sony sensor.

We also know that Canon have been developing their own curved sensor technology, too. As well as “bendy” sensors. So, this could be the direction the future may be heading for the two big brands still struggling to keep up in a mirrorless market.

There’s nothing in the patent that specifically rules out that this lens would be for a DSLR. Nor is there anything that confirms it will be for mirrorless. But the information available on curved sensors in general does suggest that a mirrorless is more likely.

Personally, I can’t imagine Nikon will suddenly switch their DSLRs to curved sensor technology. It would just be too big of a gamble. Bringing out a curved sensor DSLR with just a single lens isn’t going to be practical with the number of lenses they already have available.

What also makes a DSLR unlikely for me is that Nikon have spent the last couple of years pushing out a whole new range of electronic aperture “E” type lenses. A curved sensor DSLR from Nikon would make these and all of their other current lenses pretty much obsolete. If they did do this, it would more than likely see many shooters switching to a different brand than invest in an entirely new, untested, technology.

For an entirely new mirrorless camera, new mount, and a fresh range of lenses from scratch, though. Well, I think that’s absolutely plausible.

If this is the future of Nikon mirrorless, they might actually be able to compete again.