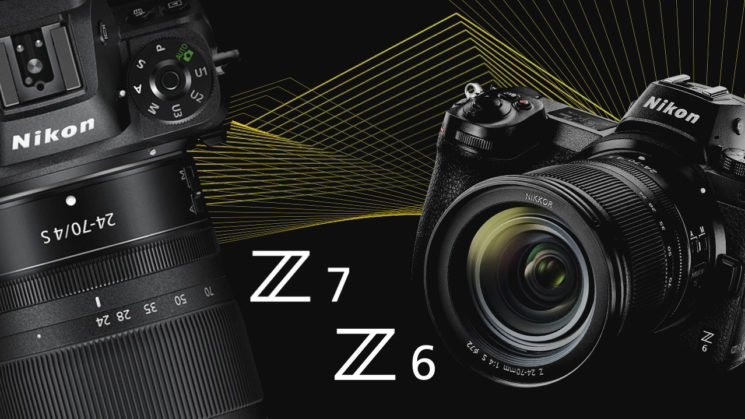 Sometimes, branding or naming products doesn’t always go as a company intends. They call it one thing, they want us to call it that thing, but then the general public calls it something else. Apparently, Nikon’s two new mirrorless cameras are a case of this.

According to Nikon, they’re not the Nikon Z6 and Z7, they’re the “Z 6” and “Z 7”. The space is, apparently, important, although the world doesn’t seem to care – or have noticed.

As noted on The Digital Picture, when the first media announcements came out, they were clearly marked as the “Z 6” and “Z 7”. It’s listed that way on the various Nikon websites around the world, too.

It seems, though, that retailers didn’t receive that particular memo. According to TDP, there was a mistake in the new product information they received, and so their product listings became the “Z6” and “Z7”, without the space. This was then repeated by everybody else.

“Z” is a letter symbolizing Nikon’s new camera brand. To emphasize this, there is a space between Z and 7/6.

So, there is supposed to be a space there, and it means something. It’s to separate the importance of “Z” from the model number. Of course, retailers and the general public can hardly be forgiven for not noticing – or caring.

Nikon’s product line has pretty much had the letters and numbers in their cameras running together for years. Just about every F or N model 35mm SLR and every D model DSLR has just had the numbers run straight from the letter (with maybe an “h” or “s” or “x” tacked onto the end for good measure) without any spaces whatsoever.

And those links I posted above, those came up for Nikon UK and Nikon USA when I searched specifically for “Nikon Z 6” and “Nikon Z 7”, but you know what came up higher? Pages with “Nikon Z6” and “Nikon Z7” in the title.

So, there you have it. Officially they’re the “Z 6” and “Z 7” and the space is a big deal to Nikon. Although we’ll probably all still call them the Z6 and Z7 anyway.

This 200x zoom camera lets you read the writing on airplanes