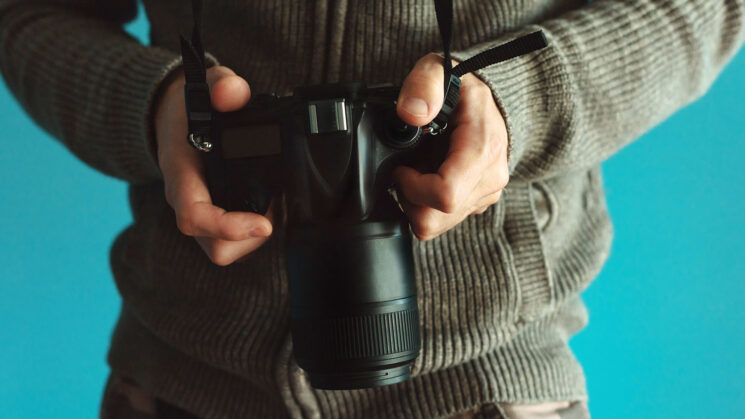 With recent rumours of Nikon’s withdrawal from the DSLR market – to which Nikon quickly responded by denying nothing – it was almost inevitable, really, that more would come out of this. Now, former Nikon General Manager and designer of the Nikon Df DSLR, Tetsuro Goto has also responded to the situation essentially saying that SLRs have already reached their peak performance and there’s nothing left to do.

His opinion is neither confirming nor denying any claims on behalf of Nikon but he believes that the SLR system as a whole is dead – Don’t tell Pentax. “I think the ‘historical’ role of SLRs has already ended, he says in an interview with AERA dot. He believes that it’s reached the point at which the technology is the best it can ever be and that, in at least Nikon’s case, “the mirrorless Z series should inherit it”.

Whether speaking officially on behalf of Nikon or not, it’s an inevitable answer and one that seems to have been echoed between the lines with every mirrorless camera announcement from every company over the last few years. The SLR has had its day and while they’re excellent cameras, they’ve hit their limits and it’s time to move on and take the future in a new direction. Honestly, it’s the public stance that both Nikon and Canon should’ve taken several years ago, but here we are.

What customers have been most concerned about so far is how the viewfinder looks. The SLR optical viewfinder, which allows you to see the light of the subject as it is, was indispensable for video expression. That is the Z9’s electronic viewfinder. When you look into the viewfinder, you can see the natural appearance so that you can feel the dazzling light.

I’m certainly not going to disagree with him there. The only thing that’s really put me off completely switching to mirrorless for stills is the viewfinder. While being able to see a real-time preview of your exposure before you’ve even hit the shutter (assuming you’re not using flash) is absolutely wonderful, almost every EVF I’ve tried gives me a headache. I say almost because a few of the newer cameras coming out recently seem to have solved this for me.

The future is most certainly mirrorless as far as Nikon seems concerned, despite SLRs being “Nikon’s backbone for more than half a century”, although Mr Goto isn’t sure exactly what that mirrorless future will look like.

[M]irrorless cameras are completely electrical products except for lenses. Until now, Nikon has fully demonstrated its strengths as a precision equipment manufacturer in cameras. The durability of the mechanism, shutter sound, and shutter sound that we have cultivated over many years The feeling of operation, including vibration, is wonderful. However, when a camera becomes an electrical product, it becomes difficult to differentiate it from its rivals.

This reasoning is likely why it took Nikon so long to catch up with Canon when it came to adding decent video capabilities to their DSLRs, despite Nikon being the first manufacturer to release a DSLR that could shoot video. It would also explain why they seemed so reluctant to jump onto the mirrorless bandwagon in the first place. It’s not really their thing (or at least wasn’t) and they had too big an SLR legacy to just abandon.

At least with the Z9, Nikon seems to have finally hit their mirrorless stride. Let’s just hope some of that trickles down into the rest of the lineup because they can’t survive on just flagship sales.

You can read the complete interview on AERO dot.

« The XDynamics Evolve 2 is an entry level cinematic drone that shows a lot of promise
YoloLiv’s new YoloCast cloud service lets you stream to YouTube, Facebook and Twitch simultaneously »