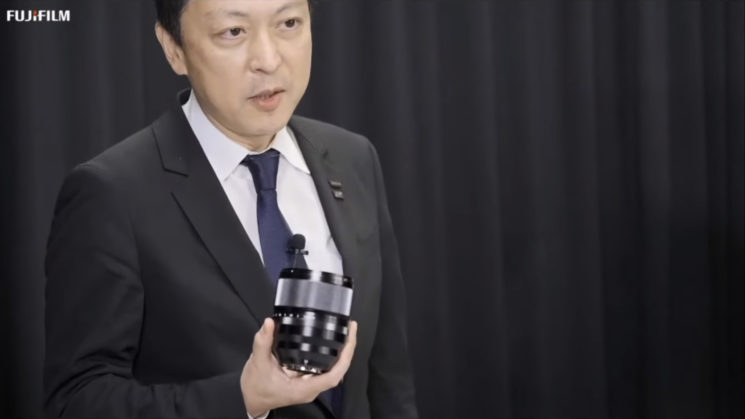 Well, if you’ve been waiting for some nice fast glass for the Fuji X system, it looks like you might not have to wait all that long. Fuji Rumors reports that at a recent Fujifilm India online press event, Fujifilm manager Toshihisa Iida teased the Fujinon XF50mm f/1.0 lens while introducing the recently announced Fujifilm X-T4 mirrorless camera.

While the lens shown in the video is just an early prototype, he says that Fujifilm plans to launch the Fujinon XF50mm f/1.0 lens at some point this year.

The entire stream is a little over an hour and a half long, but Toshihisa Iida’s part begins around seven and a half minutes in. After briefly talking about the COVID-19 pandemic, we’re introduced to the new Fujifilm X-T4 and its features, including the new IBIS unit, new mechanical shutter and new battery offering greater shooting life.

Finally, we’re introduced to the lens, which claims to be the world’s first super-bright f/1.0 lens with autofocus capability. Although it’s a prototype, he does specify that it is indeed a working sample, and not just a mockup to show the look and feel of the lens. He further impresses the point by actually mounting it onto the previously shown Fujifilm X-T4 body. 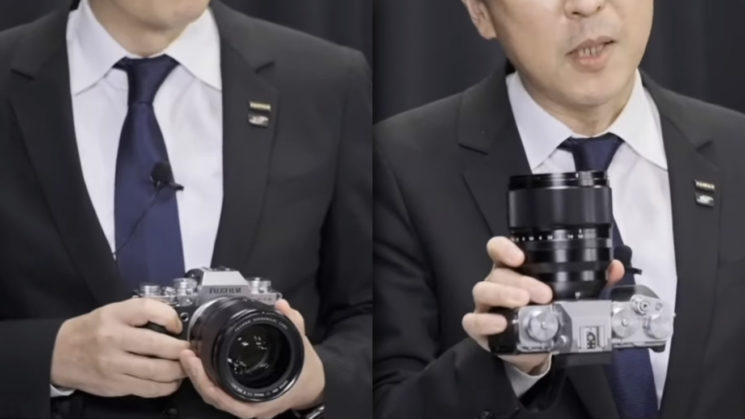 Other than that relatively brief mention, there isn’t any information on it. But here are the key points so far…

I suppose we’ll just have to wait and see what else we can expect from this lens. Not to mention what the price tag will be. I can’t imagine it’ll be cheap, though.

Go on, how much do you think it’ll cost?