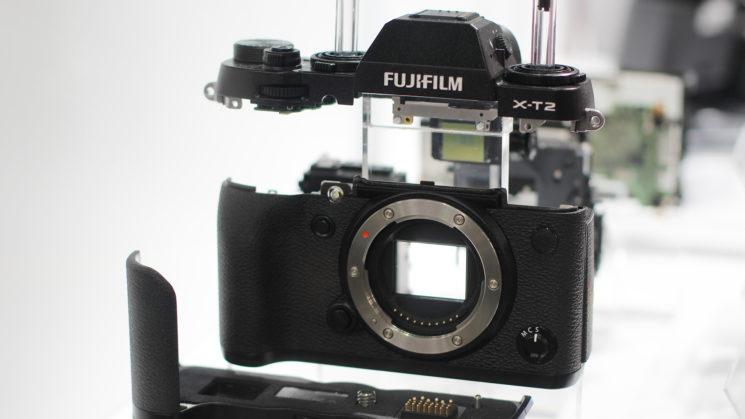 If you’re a Fuji shooter (or even if you’re not) that was hoping they’d one day go full frame, then your dreams just got crushed. In an interview by DPReview at this year’s Photokina, with Fujifilm General Manager, Toshihisa Iida, they were told in no uncertain terms that Fujifilm will not be going full frame.

Photokina’s always a big deal for Fujifilm. They’ve always made some pretty big announcements. I remember seeing the GFX 50S behind the glass cabinet at Photokina 2016. This year saw the development of its successor, the GFX 100S announced, as well as the launch of the GFX 50R medium format mirrorless rangefinder.

But with every other manufacturer seemingly going full frame, is Fuji ever going to follow suit? DPReview posed the question…

And the answer is pretty clear.

No, never. Because we don’t have that legacy – luckily or unluckily. We don’t see any point in Fujifilm entering that market, particularly since we have good APS-C and medium format systems. If we entered full-frame [our systems] would just start cannibalizing each other. We’re happy to stay with two completely independent systems.

In short, they don’t see the point over their APS-C systems, and it would cut too much into their medium format line sales. Which makes a lot of sense. They’re two separate lines for two different types of photographer. Adding another in the middle would just muddy the waters, and require a whole new third set of lenses be designed and created, too.

And when they’re so actively developing new lenses for both their X and G systems, adding a third would be a whole lot of extra work and cost for probably not much benefit.

Check out the complete interview over on DPReview.