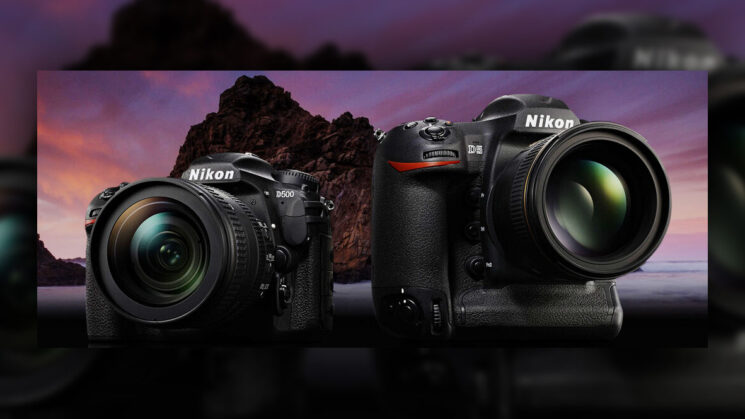 There’s a lot of talk at the moment about Nikon leaving the DSLR market after a report was published on Nikkei Asia. Nikkei says that they have “learned” that Nikon is leaving the SLR business after a 60-year history with them in order to focus on mirrorless cameras now that they “have become mainstream products on the back of more advanced digital technologies”.

Nikon was quick to respond to the article, stating that it “is only speculation and Nikon has made no announcement in this regards” and that they will continue the production, sales and service of Nikon digital SLR products.  But are they? It’s not really a denial and it feels like Nikon hasn’t really shown their DSLR side any attention in a while.

Nikkei doesn’t say exactly where the information came from, but they have stated with some certainty that “Japanese camera maker Nikon will withdraw from the single-lens reflex camera business and shift toward digital offerings amid intensifying competition from smartphone cameras”. It certainly seems to make sense if Nikon is planning to do this and PetaPixel has pointed out the trend towards this in the past – where Nikon expects DSLR revenue to drop to a mere 4% of their income by 2025.

Japanese camera maker Nikon will withdraw from the single-lens reflex camera business and shift toward digital offerings amid intensifying competition from smartphone cameras, Nikkei has learned.

Since June 2020, when Nikon launched its flagship D6 SLR, no new SLR models have been released. The company has already stopped development of compact digital cameras.

From now on, Nikon intends to focus on digital mirrorless cameras, but production and distribution of existing SLR models will continue.

Nikon has also been slowly killing things off over the last couple of years with no replacements. As Nikon’s Z mirrorless lineup has grown, they’ve been killing off some of their older and more popular consumer items, particularly in the DX lineup. Just a couple of months ago, we saw some of their popular full-frame lenses disappear from the product list and the Nikon D3x00 and D5x00 series both appear to have been completely abandoned now with the release of the Nikon Z30 and Z50 mirrorless cameras – even if they are way more expensive than the DSLRs they replace.

Even Nikon’s full-frame lineup is a little lacking when it comes to DSLRs. There are basically three. The Nikon D6 – which was the last DSLR they released in February 2020 for the delayed Tokyo Olympics – the Nikon D780 – announced a month before that – and 2017’s Nikon D850, which is long overdue for an official replacement – yes, the Nikon Z7 was kind of its replacement but not officially! The Nikon D7500 was also released in 2017 and appears to be the only current model DX DSLR in Nikon’s lineup now.

If Nikon is planning to kill off DSLR production, not to mention associated accessories like F mount lenses, then it’s not really much of a surprise. Jumping onto mirrorless and abandoning the DSLRs was something that quite a few people said Nikon should’ve started doing years ago while Sony was still the solo king of the full-frame mirrorless market – especially with DSLR sales declining as rapidly as they have over the last few years.

Interestingly, it was reported just a couple of months ago that DSLR sales were actually on the up in 2021, although it wasn’t because of their popularity or desirability over mirrorless. It was simply a matter of availability. The global silicon shortage has affected all camera manufacturers and many of the new mirrorless cameras that have been announced over the last two years simply don’t exist in the quantity needed to keep all their potential customers happy. So, people were buying DSLRs because they had no other choice.

Nikon has responded to the claims made by Nikkei about the impending death of Nikon DSLRs, although not with outright denial. They also don’t mention anything about the potential development of new DSLR cameras or accessories.

There was a media article regarding Nikon’s withdrawal of SLR development. This media article is only speculation and Nikon has made no announcement in this regards. Nikon is continuing the production, sales and service of digital SLR. Nikon appreciate your continuous support.

Nikon will no doubt be selling and servicing DSLRs for a while. They don’t really have much choice. They have to unload existing stock and their warranty means they’re basically contractually obligated to service and support them for at least a little while yet after they’re sold to new customers. But as to the production side of things? Maybe until their existing parts supply runs out. The company has set a pretty clear tone over the last couple of years that they’re all in on mirrorless and the Z mount system.

And as somebody who owns a dozen Nikon DSLRs that still see very regularly use, I can’t say I’d blame Nikon if it turns out to be true sooner rather than later. As I said, Nikon’s statement isn’t really a denial so we might hear a statement from them a couple of years from now or a couple of weeks from now corroborating Nikkei’s claims. But for new people just getting into photography, it makes sense to go mirrorless – especially when almost everybody else has.

For those who are still addicted to their DSLRs and don’t want to switch to mirrorless… Well, there are plenty of DSLRs on the used market. Or you can switch to Pentax.