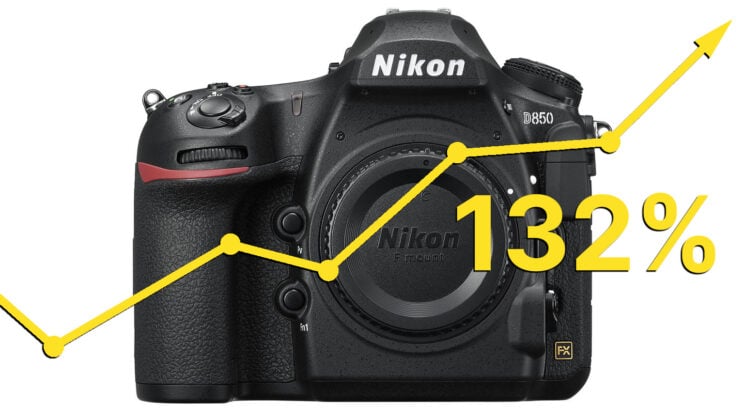 Oh, how I wish I had a dollar for every time I’ve heard “DSLR is dead.” But according to the latest CIPA stats (Camera and Imaging Products Association), DSLR is pretty much alive and kicking.

Compared to this time last year, the number of DSLR units sold in the US increased by a whopping 131.8%. At the same time, the mirrorless camera sales saw a 57.1% year-on-year decrease. But why have the tables turned?

Other than seeing a massive increase in sales in the US market, the situation is similar on a global level. While both DSLRs and mirrorless decreased in sales overall, there were still more DLSR cameras sold compared to the same period last year. DSLR cameras achieved 80.5% of their sales figures from the first quarter of last year, but mirrorless cameras achieved 70.7%.

But as I mentioned, there’s a catch. While it may seem that DSLRs are more wanted than mirrorless cameras, there’s a different explanation for CIPA’s numbers. The secret is in availability. You are probably aware that the COVID-19 pandemic affected the production and shipment of electronic components, and it’s still going on. It has reflected on the camera industry, especially hitting mirrorless camera production. In other words, there are more DSLRs still available, and mirrorless camera sales suffer due to the components shortage.

Because of all this, if you decided to buy a new camera in 2021 or 2022, you likely had a much bigger choice of DSLRs than mirrorless. Consequently, the sales of DSLRs largely surpassed mirrorless sales. And as long as the components crisis is hitting the mirrorless production, I believe that these numbers will remain like this. However, when (or if) the world is back to normal, I expect that the tables will turn yet again.