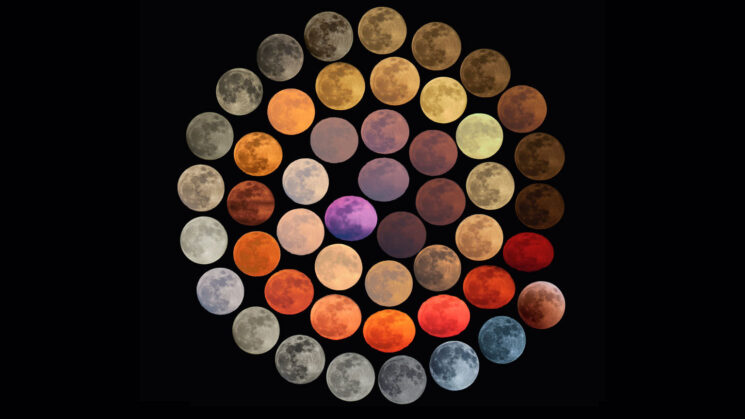 A few days ago, we had the chance to observe this year’s first “Blood Moon.” It’s the total lunar eclipse that makes the moon appear red, hence the scary name of the phenomenon. But other than red, our moon can appear to have many different colors.

In a stunning composite image, Italian teacher and photographer Marcella Giulia Pace brought all colors of the moon together. From the usual greyish tones, all the way to yellow, deep red, blue, and even purple. Our moon appears in so many different shades, and Marcella brought them all together and shared some details of this captivating photo with DIYP.

The composite gathers full moon photos Marcella has taken over the past ten years. In none of the photos does the moon has its color photoshopped – the photographer shows it as it appeared in front of her eyes and her lens. And there are as many as 48 different colors and shades! 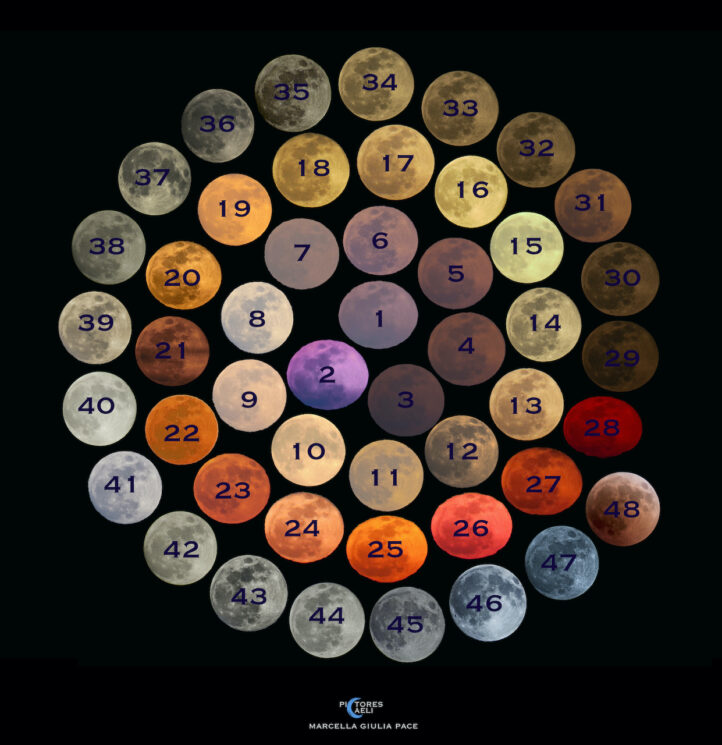 As far as the gear goes, Marcella had various camera models over the past decade. Therefore, these photos were not all taken with the same gear or the same settings. Still, this doesn’t affect the quality of the final composite. And not to mention that it definitely doesn’t affect the impact it has on the viewer. The photos were also taken from different places in Italy where Marcella has lived over the years. Finally, the Moon in the photos was shot at various heights with respect to the horizon. “The most flattened are those Moons that have just arisen, made oval by refraction,” the photographer explains.

“I didn’t notice all the colors that our atmosphere gives to our satellite before starting this work,” Marcella tells us. “I did not remember having photographed, for example, a brown Moon or that the purple Moon was such an incandescent purple. Only by putting the ‘brown’ Moon next to the yellow one did I realize how brown the brown was and how yellow the yellow was.”

Marcella emphasizes that the photos weren’t arranged chronologically. Instead, as you can see, she arranged them according to the order of gradation shades of color. She chose a spiral shape for her final composition for several reasons. First, its aesthetic and harmony. Then, the influence this shape has had on the area where she lives. “I live in a part of Sicily where there’s plenty of traces of Neolithic populations. The spiral is depicted very often,” Marcella explains. “I am fascinated by the ascending and descending cyclical movement shown by the spiral, comparable to the phases of the moon. The symbol of the spiral was associated with the crescent Moon, as can be seen in many Neolithic artifacts.”

Finally, there’s the spiral trajectory of the moon:

“During the composition phase, an astrophysicist friend, Salvo Pluchino of mine, also pointed out that the spiral shape recalled the spiraling trajectory that the Moon made in the last 4 billion years, passing from a distance from the Earth of about 30,000km to the current on average of 380,000 km.”

Finally, why does the moon take so many different colors? There are several factors that affect it. It depends on its height with respect to the horizon. Plus, we should add the level of humidity or suspended dust to the equation. As you can see in the image, the shape of the Moon changes as well. “At the bottom of the horizon, refraction compresses the lunar disk at the poles and makes it look like an ellipse,” the photographer notes. “And this is one of the reasons why I have chosen to present my Full Moons through a spiral arrangement that ends with a lunar eclipse.” 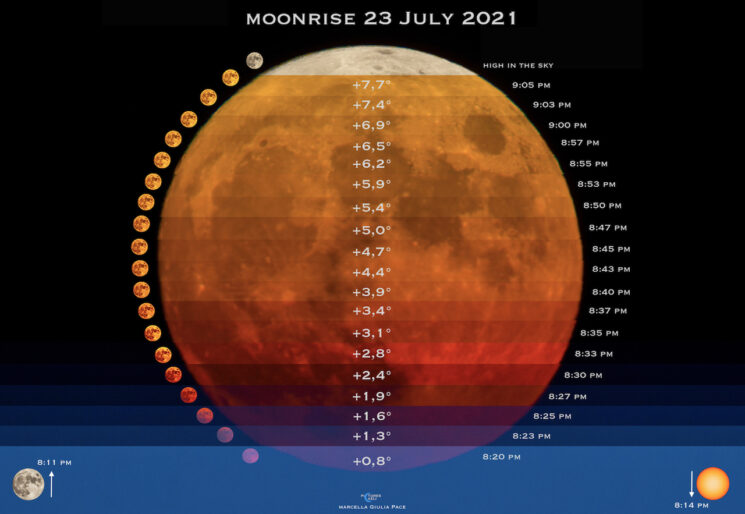 Marcella is an avid astrophotographer, and there are many more awesome photos she’s taken. So, make sure to check out her website for more of her stunning work. 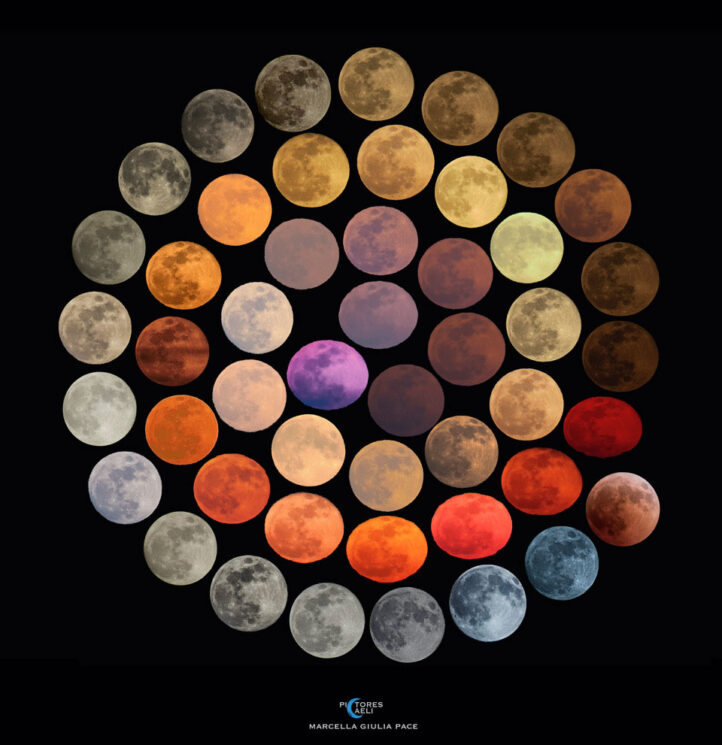 « Not dead yet: DSLR sales increase by 132%, but there’s a catch
Leica has discontinued the CL and TL2 camera systems in pursuit of full-frame »