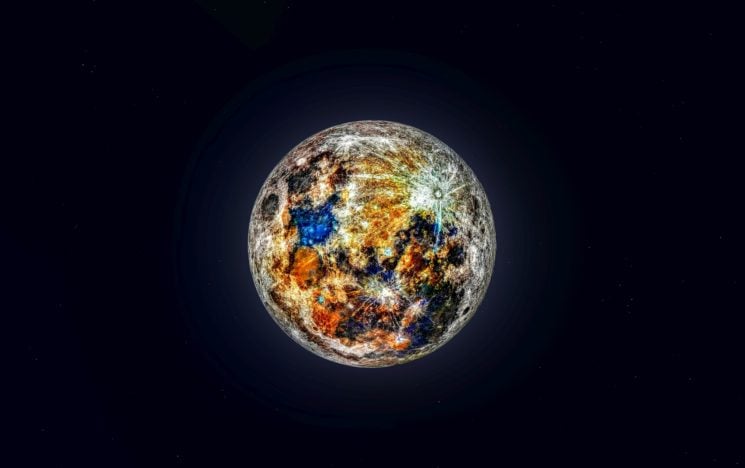 Photographer Andrew McCarthy has already shared with us some epic images he created mainly from shots taken at his own backyard. There was this composite of the Solar System, and this magnificent photo of the moon stacked from 50,000 images. This time, Andrew has gone even further and revealed hidden colors of the moon by stacking as many as 150,000 images!

The resulting image is a detailed, colorful photo of the moon as you’ve never seen before. Each color presents the mineral content of our moon and Andrew shares how he took and processed the photos to achieve the final result.

Andrew writes that his previous images “showed you the detail you could see if your eyes were sharper.” And when you look at this colorful image he created: this is what the moon would look like to us if our eyes and brain were much more sensitive to color. “The blues denote high titanium content, and oranges represent low titanium content in the basalt,” Andrew explains, providing the link where you can learn more about the geology of our moon.

He used one camera to capture color, stars, and atmospheric haze, and the other one to capture the surface details and textures on the Moon:

“[I] Acquired 71 tiles with the ZWO camera, and each tile was 2000 images (so around 142,000, give or take a few thousand). I took around 2000 shots with the Sony, over around 16 tiles. I also took a few hundred shots with a 300mm lens to capture some stars around the moon. All these images were stacked in Autostakkert, then stitched together and adjusted in Photoshop until I was happy with the composition. To bring out the color: saturation, contrast, and sharpening tools were used. Much of it was just tinkering until I got the look I wanted.”

Finally, Andrew ended up with this “moonstrosity,” as he calls it: 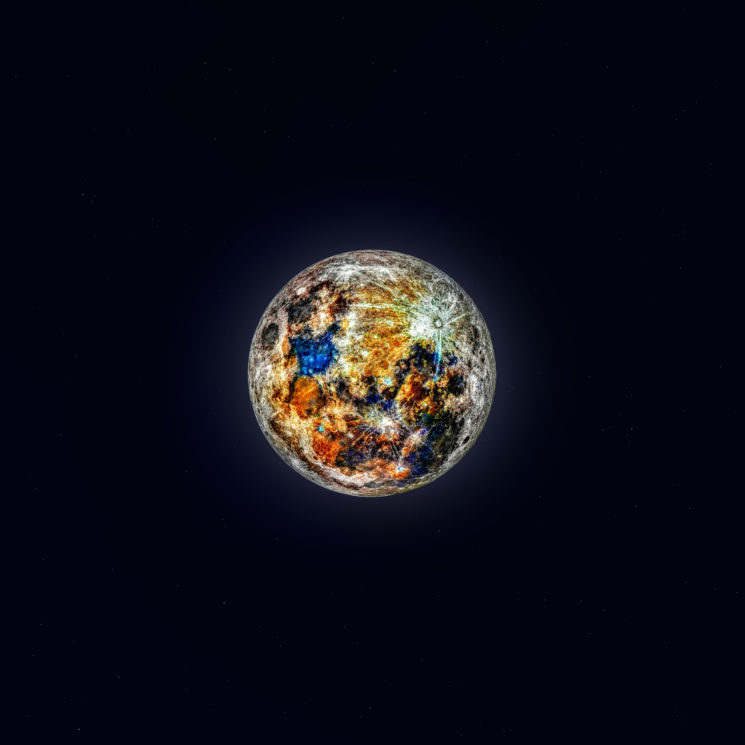 Just like his previous images, these were also taken from his backyard in Sacramento, California. Make sure to check out more of Andrew’s awesome work on Instagram, where you can also learn more about his process through Instagram stories. Also, find out more about Andrew and his work on Linktree, and order prints via his online store.

« colourise.sg the best AI-based colorizing tool so far
Here’s proof that Sony Picture Profiles do have an effect the data stored in your raw files »