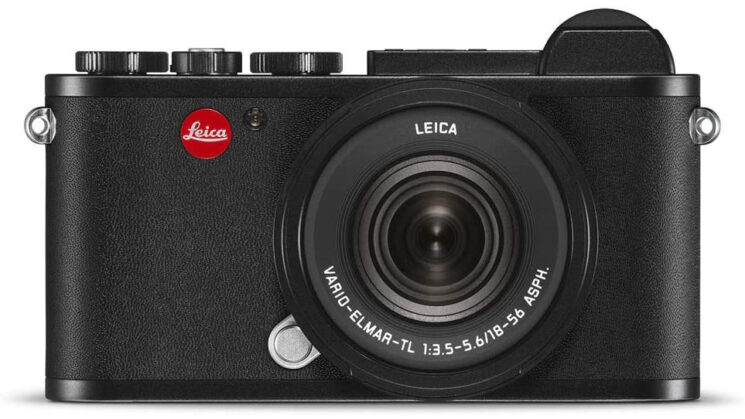 It appears that Leica has discontinued both the Leica CL and Leica TL2 camera systems. Their demise seems to have been on the cards for a while now, but it appears that their end is now official after a Leica Camera AG statement was posted on a forum. The statement cites the decline in sales of compact and system cameras with smaller sensors in the photography market, while sales of full-frame systems has been on the increase. As a result, Leica is discontinuing both systems to be able to concentrate more on full-frame cameras.

Despite being discontinued, both cameras are still available at a number of retailers around the world – until they’re completely sold out – and Leica says that they will still provide “comprehensive customer care” for these systems for six years from the date of purchase.

In recent years, the overall photography market has seen a decline in sales of compact and system cameras with smaller sensors. In comparison, the segment of cameras with full-frame sensors is developing particularly positively and shows continuing market growth. This development has prompted Leica Camera AG to discontinue its CL/TL2-System cameras, in order to realign itself strategically with these market changes. Going forward, the company will primarily focus its attention on the production of full-frame cameras.

As ever, delivering a first-class customer experience through products that are superior in both construction and performance, continues to be the company’s primary aim. 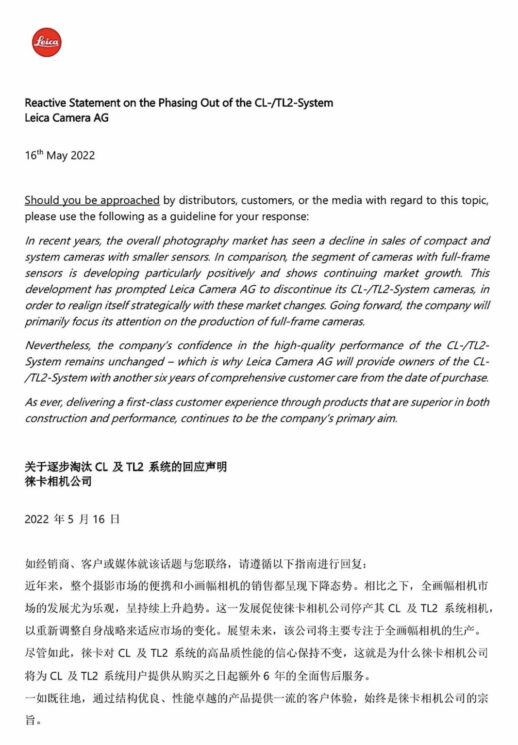 There doesn’t appear to be an official statement on the Leica website yet, with the Leica CL/TL section of the Leica website still listing both models, however many of the Leica CL camera configurations have been listed as discontinued at B&H for a little while with others showing as out of stock or no longer available. Adorama has also had them listed “temporarily on backorder” for a while.

Smaller independent camera shops may still have one or two available if you’re interested in picking one up before they disappear and Amazon still has a few Leica CL and Leica TL2 cameras still available, too. Despite the purchase price of Leicas, I expect the remaining stocks probably won’t last very long. So, you’d better hurry if you do want one before they’re gone forever.