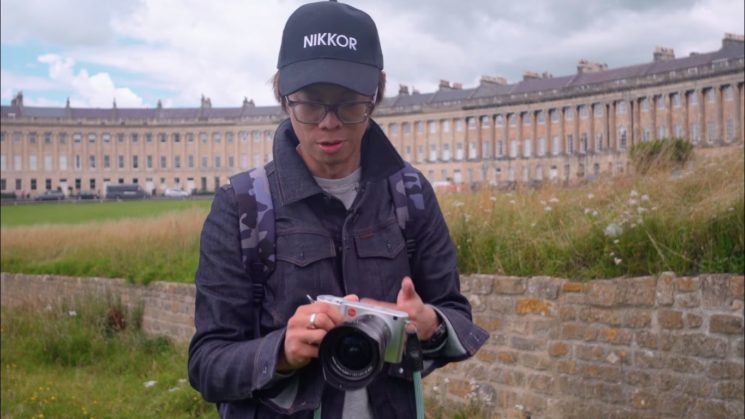 Leica TL2 was recently announced, and Kai Wong got his hands on one of these mirrorless cameras to bring you a review. He’s walking around the city of Bath, taking photos and videos and trying out the camera. If you’re thinking of cashing out almost $2,000 for Leica TL2, Kai’s review could give you some insight and help you make a decision.

Kai describes Leica TL2’s design as “uber-minimalist.” It’s sleek and simple and only has to dials that don’t even have the writings. There’s a 3.7″ touch screen, though, which lets you adjust all the settings. It’s accessible when you’re shooting photos, and you can customize the menu to your liking.

There seem to be several plus sides when it comes to using this camera for shooting stills. First, it allows 20 fps continuous shooting. When it comes to focus, it’s quick and accurate, and the camera features 49 focus points. It shoots 24MP photos, which isn’t an awful lot, but it’s enough. According to Kai, the colors are pleasing, it has a great dynamic range, and it retains plenty of details in highlights.

Leica TL2 shoots 4K video, but it’s primarily a stills camera with an additional option of filming videos. The in-body stabilization is decent, but there are more obstacles than advantages when shooting video, judging from Kai’s review.

While focusing is fast and accurate for stills, it seems that continuous focus isn’t really good when shooting video. It’s also difficult to switch settings during filming, the two dials are not very helpful when you want to switch settings quickly, and I imagine the touchscreen isn’t either.

The rolling shutter is noticeable, but not to a great extent. As for the quality of the video, Kai got good-looking, sharp files, plus they’re in high resolution. However, there’s no flat picture profile, which could limit color grading options in post-processing.

If you want to buy the Leica TL2, you’ll have to cash out almost $2000. The price is certainly a negative side, but still, it’s not among the most expensive mirrorless cameras out there.

Hands-on review of Fujifilm X-H1 for photography and video