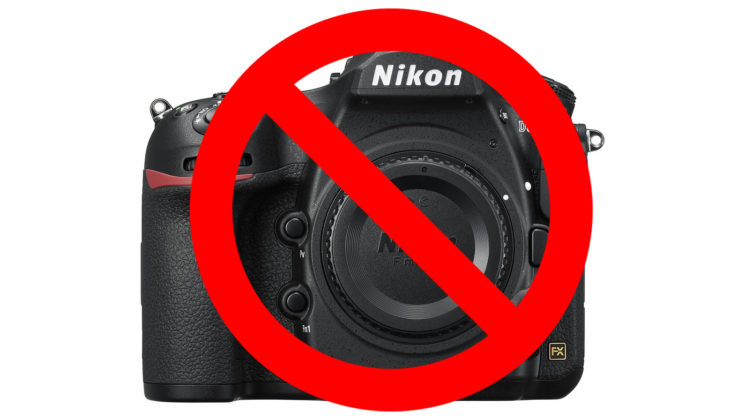 With both Nikon and Canon soon joining the mirrorless game, the old question of the faith of DSLRs rises again: will this be the end of DSLR cameras? In this video, James Popsys gives his take on the topic. He believes that DSLRs will stay with us regardless of the mirrorless cameras, and let’s see if you agree with his arguments.

A funny thing is that James has been using a Panasonic G9 for the past few months. But he used to use a Nikon D750, and he still believes that DSLRs are here to stay. At for a while. James thinks that the faith of DSLRs depends on the existing DSLR owners; that is, how many of them would consider switching to mirrorless and what would it take for them to do so. Despite so many good mirrorless cameras being available, many photographers still prefer DSLRs, for a variety of reasons.

When it comes to sales, it’s true that the sales of DSLR cameras have been decreasing over the past couple of years. At the same time, the sales of mirrorless cameras are more or less steady, or with a slight increase. This doesn’t look good for DSLRs, but there are still more of them sold then mirrorless cameras.

If the DSLR sale continues to fall, James believes that camera companies will focus on high-end markets. This is in a way confirmed in Nikon’s statement from last year, saying that the company’s focus in the future will be medium to high-end DSLRs and mirrorless cameras. But DSLRs will still be around.

In James’ opinion, the lower-end market is going to die anyway, and not just for DSLR cameras. But, he believes that there are only two possible scenarios in which DSLRs will die out completely. First, if Nikon and Canon stop making them, which isn’t very likely, at least not in near future. If they want to completely ditch the DSLR production, their mirrorless cameras need to be flawless and beat the competition – which probably isn’t going to happen just yet.

Another scenario is that Nikon and Canon make mirrorless cameras that are in every way as good as their DSLRs, yet weight a bit less. This is where many people might decide to switch systems, but again, it’s still doesn’t look feasible in near future.

Of course, this is just an opinion, based on personal thoughts and perhaps some sales data. I agree with James and don’t think that DSLRs will die out, at least not in the near future. What are your thoughts on this topic?

[Are DSLRs dead? via FStoppers]

« Huawei starts the world’s first photography competition judged by AI
Hot sale, crucial SSD drives are selling for up to $130 off »