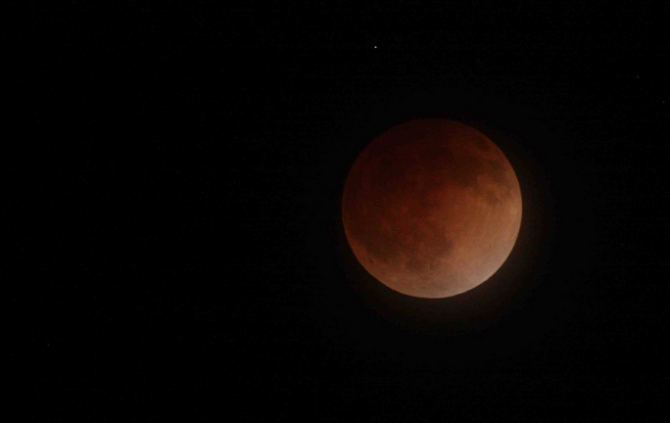 Last night, a lunar eclipse came into fruition above us and the moon took the color of Mars. Living in Dallas, Texas, I was lucky enough to have a clear, cloudless sky so that I could see it for myself. All over North America, many others got to share the experience as well. #bloodmoon became a trending topic on both Instagram and Twitter, and people were genuinely excited to go outside and witness a wonder of the universe we live in.

But there were also many of you that didn’t get to see it. Maybe you had work, maybe you forgot, or maybe you just didn’t care. So here’s a video from NASA’s broadcast of the eclipse itself, from the Griffith Observatory in Los Angeles. Make sure you play it in full HD, and full screen; there’s good reasons why I didn’t embed you guys a weak 360p link here.

And for those of you who did get the change to grab your gear and shoot last night, we want to hear from you. Tweet me your photos and videos at @DrCon with your name, and I’ll be posting a follow-up soon with them. Don’t let this be a bummer!

If you missed the opportunity to shoot the eclipse, this good thing comes in fours; another one is happening in October, and then the remaining two next April and October. This tetrad is an incredibly rare occasion itself, and the next time this event happens after that is going to be in 2032, so mark your calendars.

[Information via CNN | Photo by NASA]