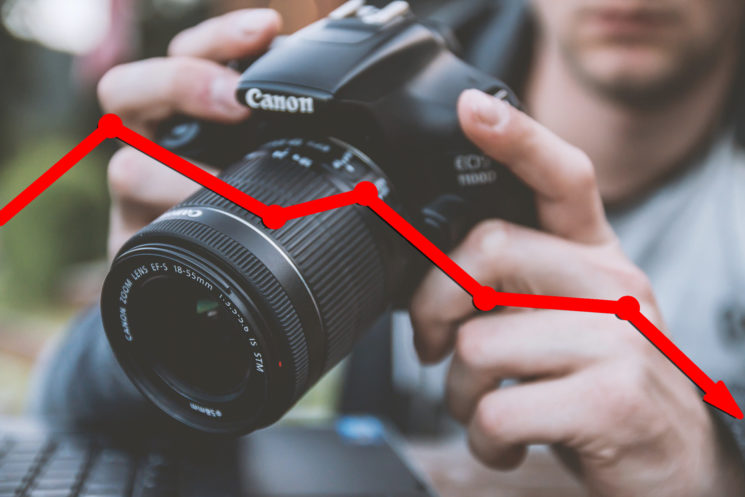 After an increase in camera and lens production in 2017, early stats for 2018 show a massive drop. Camera & Imaging Products Association (CIPA) has just issued a report which shows that total camera shipment worldwide has dropped by around 28%.

The report covers January and February 2018, as well as stats for the entire 2016 and 2017. And for now, the results aren’t promising. The overall sales in 2016 were the lowest ever, yet they were better than sales in 2018. 1.9 million units were sold in January 2016, and 1.7 in February. For comparison, in January 2018 there were 1.34 million sold units and almost the same quantity in February. 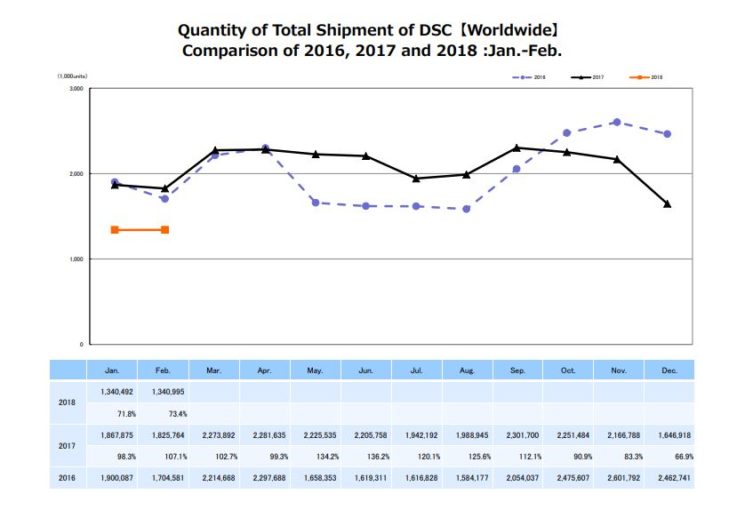 As for the cameras with interchangeable lenses, the sales differ between two first months of the year. In January 2016 there were nearly 800,000 units sold, whereas in January 2018 there were 675,355. In February, there was an increase compared to 2016, but there were still 13% fewer units sold than in February 2017. 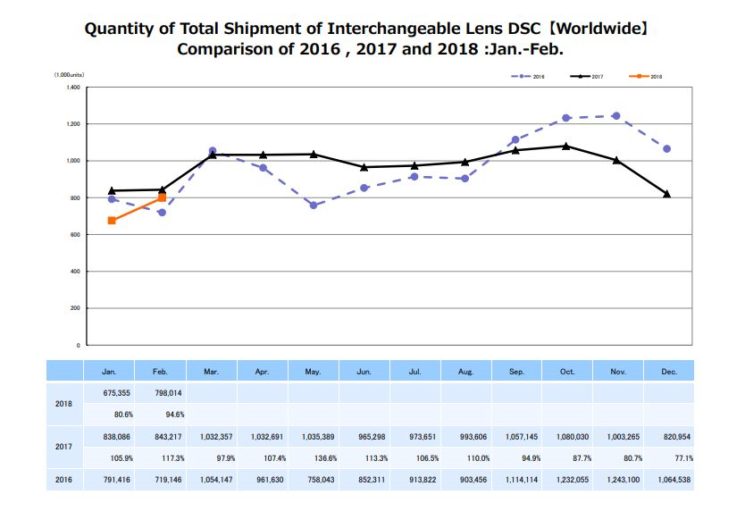 Finally, the drop in sales of cameras with built-in lenses is the most drastic. The number of units sold in 2016 and 2017 is almost the same. However, there is a significant drop in 2018. Sales in January dropped by almost 30%, compared to the same month of 2017. Sales in February 2018 dropped by nearly 45% compared to the same month the previous year. 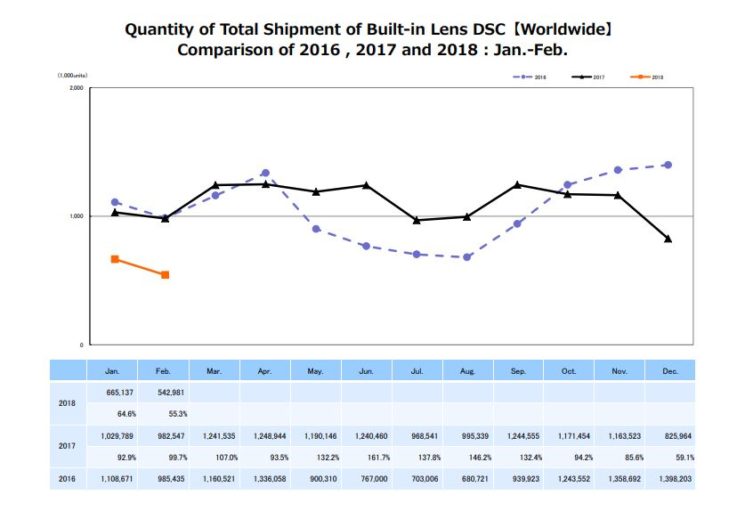 So far, the results don’t look promising. It could be because photographers don’t have the need to upgrade their kits or they did it in 2017. But who knows, maybe Nikon and Canon will finally launch their mirrorless cameras and push these numbers higher later this year.

A sign of things to come? Latest CIPA numbers show camera sales seem to be recovering