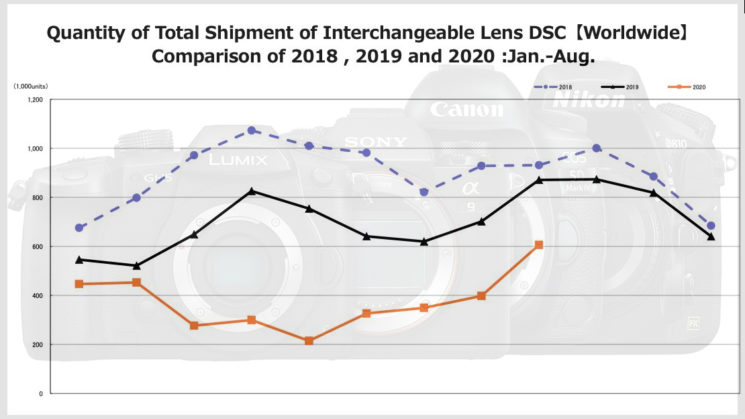 The latest CIPA report is out for camera sales up to September 2020 and it’s not looking good at all for cameras this year – any type of cameras. The data shows that there has been a bit of an upsurge in both DSLR and mirrorless sales in the past month or so, but both have taken a huge beating this year.

DSLR sales down 54% from the same January-September period in 2019. And while mirrorless cameras are also down a significant 34% chunk, they are starting to gain some ground when it comes to market share vs DSLRs, overtaking them in overall unit sales.

Naturally, the first major bump coincides with the world shutting down due to COVID. If nobody’s working, earning or even really leaving the house, there’s not much reason to buy a new camera. And with all of the early trade shows (The Photography Show, NAB, Photokina, etc) cancelled and no companies announcing new gear earlier this year, it’s not much of a shock. But this is a major blow to manufacturers, as this is the time of year, which we can see from previous reports, where camera sales usually have their first big boost. 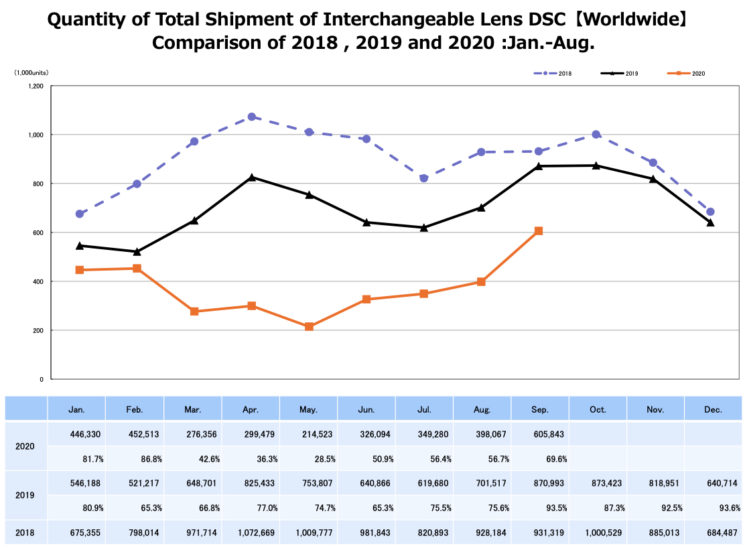 According to the CIPA report, DSLRs are down 54% in sales to 1.562 million units shipped with a decrease in actual sales revenue of 51% since the same 9-month period last year, totalling ¥64.6 billion. Mirrorless camera sales have only dropped by 35% to 1.807 million units shipped, but their average value is much higher, with revenue of ¥145.82 billion on shipped units – a 26% drop compared to 2019.

For DSLRs, this means the average camera value is around ¥41,357 ($398.95). For mirrorless cameras, that average value is closer to ¥80,697 ($778.45) per unit – almost double. This is not all that surprising as DSLR prices have, on average, fallen quite low over the last couple of years as more manufacturers have jumped on full-frame mirrorless and retailers are offloading DSLR stock – there are a lot of sub-$1,000 DSLRs out there while there are relatively few equivalently priced mirrorless cameras. 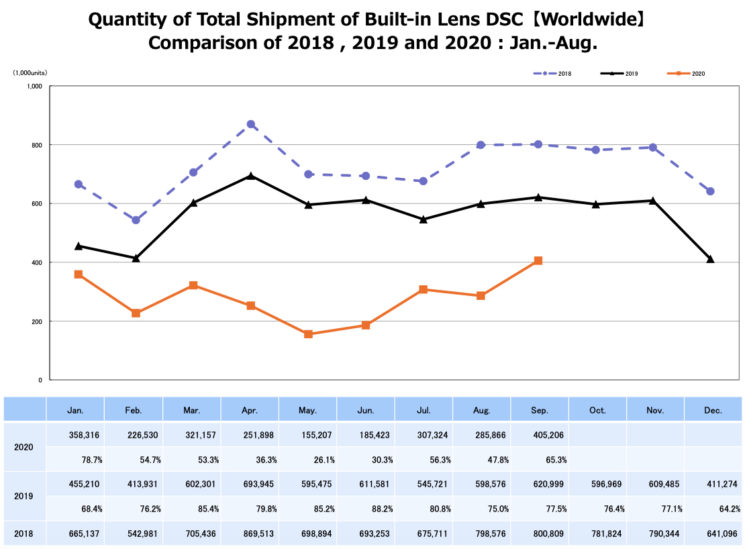 What is perhaps surprising, though, is that compact camera sales still seem to outpace both either DSLR or mirrorless cameras individually (although not combined) with 2.497 million units shipped (down 51% from last year), but with a relatively low overall value of ¥53.578 billion (down 46% from last year). This equates to an average value of ¥21,457 ($206.95).

You can see CIPA’s latest report, as well as all their previous reports (which go back to 1999), on the CIPA website.

« Do you want to become a better landscape photographer? Better make The Resolution
How to create a stylized art shoot on a shoestring budget »