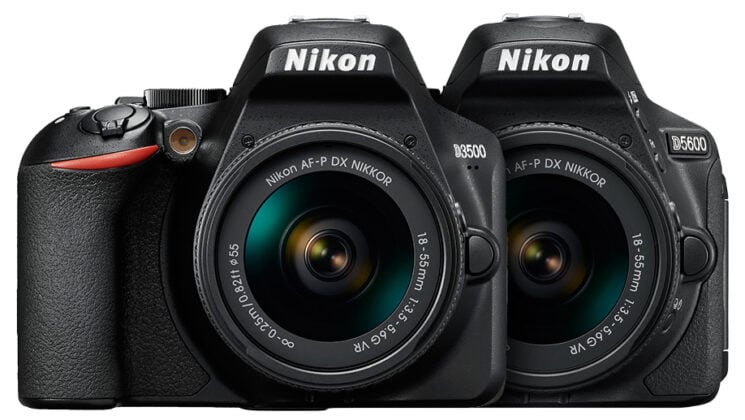 Nikon has reportedly sent out official notices to stores stating that the Nikon D3x00 and D5x00 series product lines are now officially discontinued. This means that the D3500 and D5600 will be the final cameras in each of the two lines adding a little more weight to the recently resurfaced rumours of an impending Nikon Z30 announcement.

The Nikon D3500 and D5600 bodies themselves were listed as discontinued on the Nikon Japan website back in January, only a few days after the Nikon D5600 was hailed as the biggest selling DSLR in Japan in 2020. But it’s been known since 2019 that these cameras would not be getting replaced by new DSLR models.

The discontinuation of the D5600 wasn’t really all that much of a surprise with the announcement of the Nikon Z50 in 2019. It’s essentially the D5600 replacement – although it lacks certain features from the D5x00 line, like a wired remote shutter port – so a hypothetical D5700 never really made any sense. It was a little surprising to see the D3500 discontinued, though, without a successor being announced.

With not just those individual cameras but both product lines now officially discontinued, the recent rumours of an upcoming Nikon Z30 APS-C mirrorless camera announcement (possibly later this month) might actually turn out to be true. This might also mean we’ll be seeing a Nikon Z50 Mark II body coming soon, too. The Z50’s great, but having been released in 2019 and being Nikon’s first-generation APS-C mirrorless body, it’s due for a refresh.

There’s still no real word on when we might see mirrorless replacements for the Nikon D7500 and Nikon D500, but now that the Nikon Z9 has had its time to shine and that the D780 and D850 have essentially been usurped by the Z6 II and Z7 II, hopefully, we won’t have to wait too much longer for some higher-powered APS-C mirrorless cameras from Nikon. It’s certainly about time Nikon showed APS-C a bit more love.

Nikon is killing off some of their DSLR product lines, rumour claims

« Don’t try this at home: TikToker encourages people to destroy their lenses with rocks
Everything you ever needed to know about circular polarising filters »