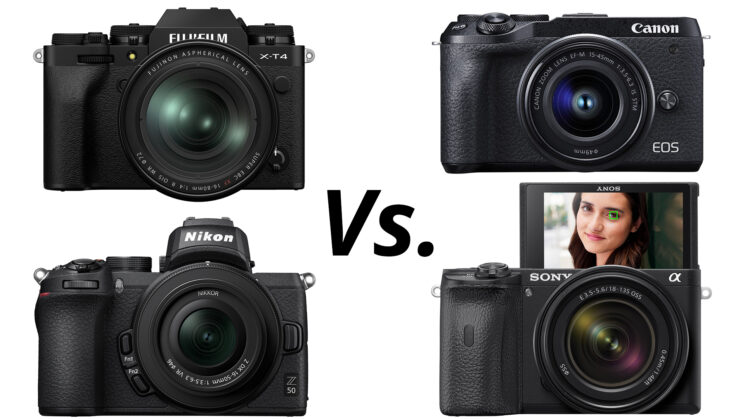 Well, Chris and Jordan at DPReview TV took the four best APS-C mirrorless cameras from each brand and put them all to the test to see where each one shines and where each one… Well, kinda sucks. In the running are the Sony A6600, Fujifilm X-T4, Canon EOS M6 Mark II and Nikon Z50.

All four cameras are well-liked by those who own them, so you’d think that picking a winner might not be easy. Obviously, though, there’s a big difference in price between each of these four cameras, with the Nikon Z50 coming in the least expensive at just under $800 and the Fujifilm X-T4 demanding more than double that, at $1,699 for the body only.

So, while these do represent the best APS-C mirrorless camera from each brand, and while those who own them generally like them, there are going to be some noticeable differences between them in terms of both performance and feature set when compared objectively and ignoring the price.

The pair scored the cameras on a number of factors including handling (Sony came last in that one), display (Sony last, again), autofocus (Sony wins this one, though, obviously), image quality, battery life and video capabilities. Some of the test results might surprise you, while others will very much be “Well, duh!” moments.

As for the final overall verdict… Well, it probably wasn’t unexpected, but the cameras are essentially ranked in order of purchase price. Personally, I think this is quite a satisfying correlation. It means that whichever brand you go for, you’re pretty much getting what you pay for.

Do you agree with their assessment?