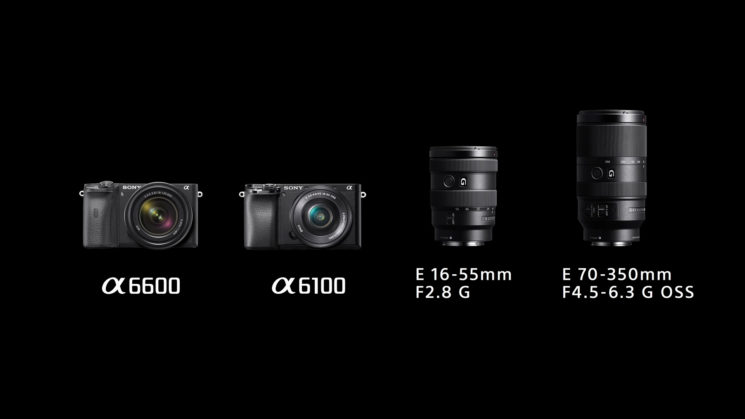 People have been waiting a long time for a high-end APS-C model from Sony, and there’s been a lot of talk about a mythical “A7000”. It looks like that camera might finally now be here, although it’s not called the A7000, it’s the Sony A6600.

Yes, Sony has announced a new APS-C mirrorless camera, but they’ve not just announced one. They’ve announced two. Alongside the A6600, there’s also a new Sony A6100, a replacement for the ageing A6000.

This article will be updated as we find out more specs and info so keep checking back. 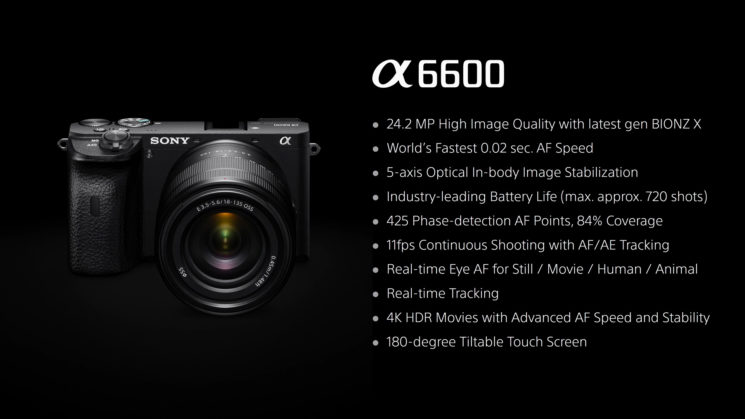 So, let’s go over the specs known so far…

4K HDR movies sound intriguing, but there’s no mention of whether or not we’re finally going to see some 10-bit video from Sony or if they’re sticking with 8-bit footage. Real-time AF also works for video, as it’s now starting to do for some of Sony’s full-frame mirrorless cameras. This will be a big bonus for a lot of people who shoot interviews, YouTube videos speaking to camera or vlogs.

Update: Looks like they’re sticking with 8-bit both internally and through the HDMI output.

One particularly notable feature, though, is that the A6600 uses an NP-FZ100 battery, the same as that used in the A9. This means that it absolutely hammers all of its predecessors on battery life. 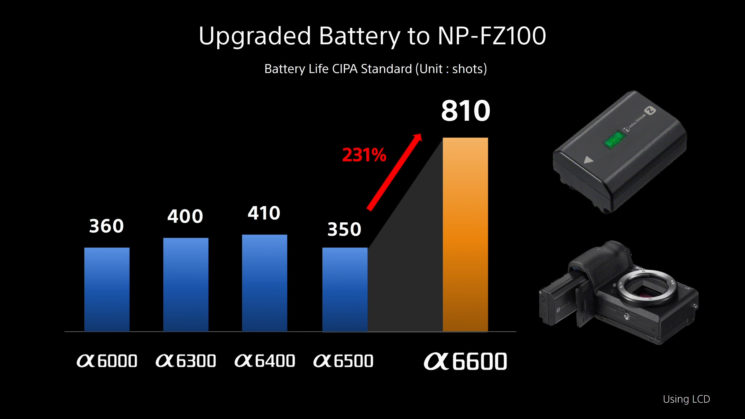 Then there’s that A6100, which Sony says is targeted to introduce consumers to interchangeable lens mirrorless camera systems at the basic level, but it still offers some very impressive specs. 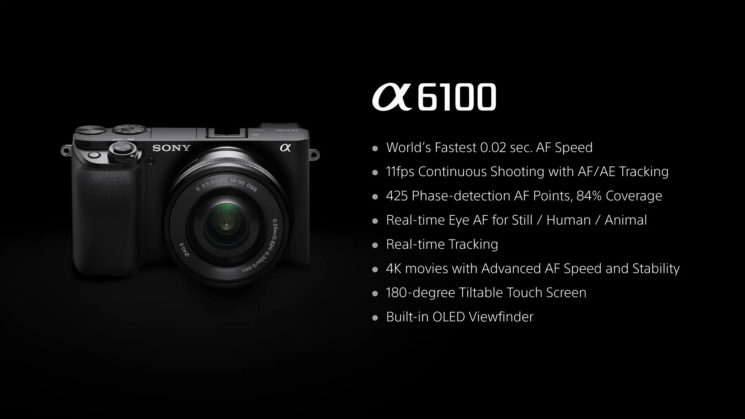 Some of the specs and final details haven’t been mentioned just yet, but we’ll update this post as we find out more. The Sony A6100 is expected to be released in October, with the A6600 coming in November. 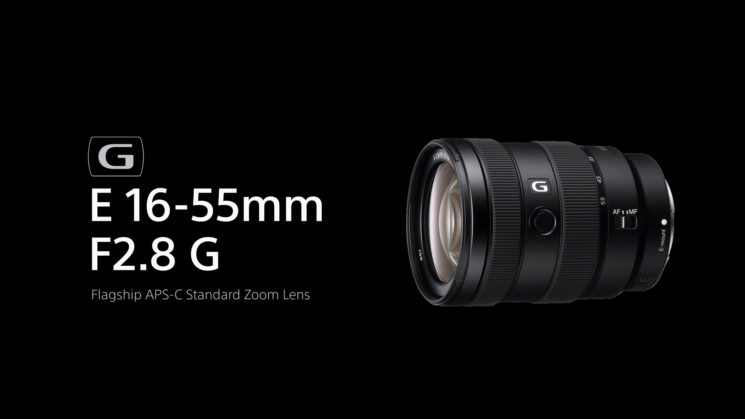 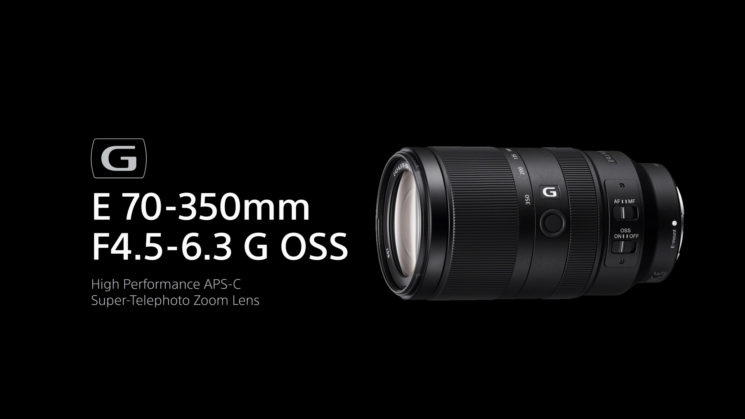 « Nikon confirms Z RAW video firmware will be a paid upgrade – but they did give us free N-Log LUTs
The Insta360 GO is the world’s smallest stabilised camera and it’s absolutely tiny! »