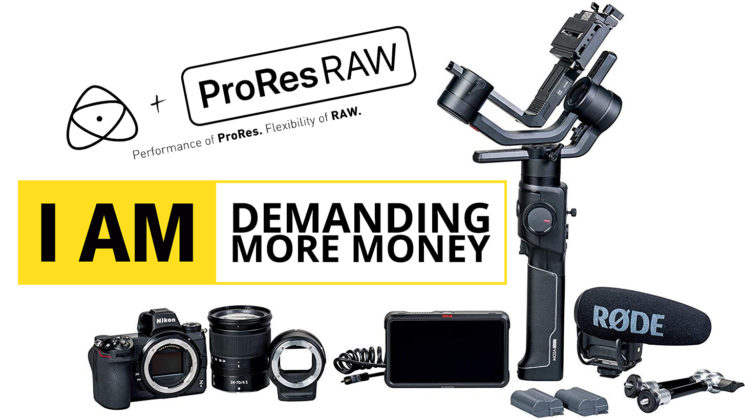 Nikon’s long-awaited firmware update for the Z6 and Z7 to add 4K ProRes raw video capability via an external recorder still isn’t here. We still don’t know when it’s going to be coming beyond “later this year”, although we do now know that this will not be a free firmware update. It will be a paid upgrade. That’s going to upset some people.

You can still shoot 10-bit N-Log video externally already without raw capabilities, although N-Log hasn’t exactly been the easiest to grade. Nikon has now, however, released two completely free LUT files for both the Nikon Z6 and Nikon Z7 cameras.

The new dedicate LUT for Nikon’s N-Log is compatible with the Rec.709 colour space, and two separate downloads are available for Nikon Z6 and Z7 cameras.

To capture 10-bit N-Log, an external recorder is required, but these new LUTs should make your post-processing and colour grading lives a little bit easier. The LUTs should work in Premiere Pro CC, DaVinci Resolve, Final Cut Pro or just about anything that supports standard .cube LUT files.

Also in the same announcement, Nikon offered an update on the raw video firmware update for the Nikon Z6 and Z7 cameras. This would allow for 12-bit ProRes raw video capture when using an external recorder like the Atomos Ninja V. Those two devices, of course, being sold together in the Nikon Z6 filmmaker kit.

The Z6 filmmaker kit offered two huge advantages. The first is that you’re probably going to buy all that gear anyway, and there’s a decent saving when buying it all together in the one package rather than buying each item separately. No matter what camera you buy, if you’re planning to shoot video, then at some point you’ll probably want an on-camera microphone, a gimbal, and some kind of external monitor/recorder. So, if you were planning to buy a Z6 for video anyway, it makes a lot of sense.

However, the second advantage it offered was the promise of a future firmware to add that 12-bit ProRes raw capture support. A promise that caused many users to go with Nikon where they might otherwise not have, given the competition that’s been out there like the Blackmagic Pocket Cinema Camera 4K. Now that Blackmagic has released the Pocket 6K, the Z6 kit with the now-paid firmware upgrade isn’t looking quite so desirable.

Although raw support is still coming, it’s not the free upgrade that many users had banked on.

I wonder how those who bought the Z6 filmmaker kit with the Atomos Ninja V based solely on the promise of raw video in the future are going to respond about having to spend more money.