Low-light high-ISO performance has become the new megapixel war, particularly when it comes to video. And this year, there have been a lot of new cameras released trying to push those limits.

In this video, YouTuber and filmmaker, Max Yuryev puts five of them to the test. He compares the Sony A7III, Nikon Z7, Canon EOS R, Fuji X-T3 and the Blackmagic Pocket Cinema Camera 4K to see which is the low-light king.

At 1600, all five cameras produce a similarly usable image. There are some notable differences in brightness and contrast, though, even with the same exposure settings. But with this low level of noise, these can easily be compensated for in post. 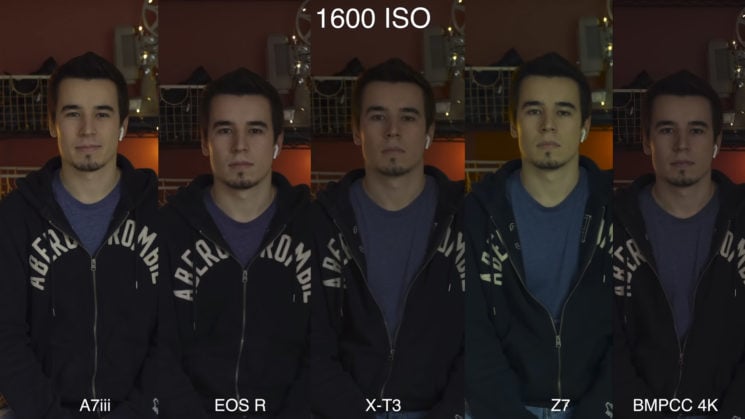 They all stand up quite well until the EOS R starts to take a bit of a dive around ISO6400. Max puts this down to the heavy crop mode applied when shooting 4K video. That crop isn’t quite as small as the Micro Four Thirds camera of the Pocket 4K, however the Pocket 4K has dual native ISO. So one would expect it to perform quite well.

Going a stop beyond that to ISO12800, several of them start to fall apart, and the best here definitely appears to be the Sony A7III. The noise on the Blackmagic Pocket Cinema Camera 4K is quite surprising. The Z7 seems to be applying some pretty heavy smoothing to deal with the noise. 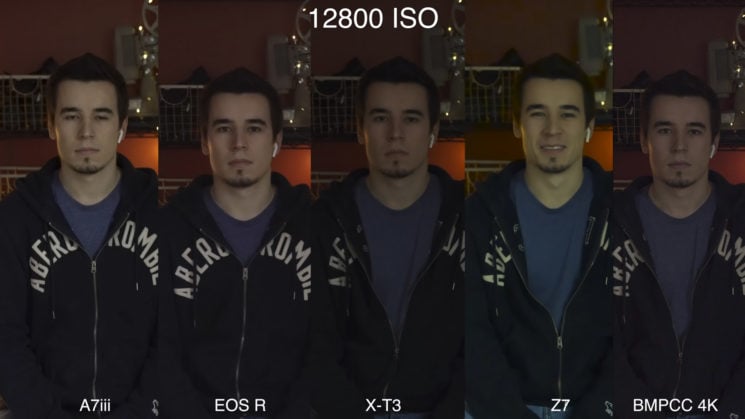 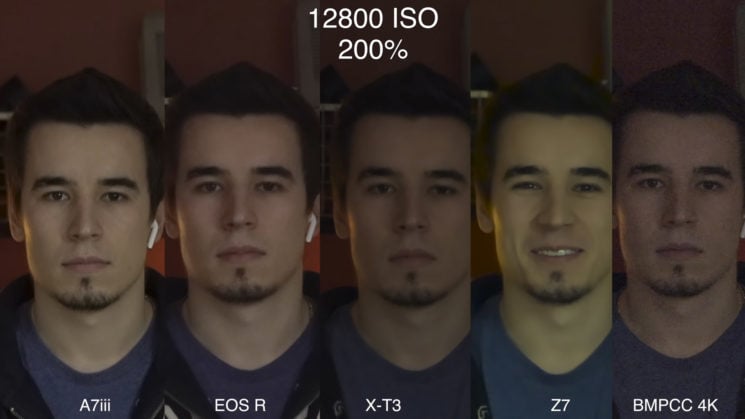 But this is just a low light test. One of only countless factors that makes a camera right or wrong for your own needs.

I have to say, I was quite shocked at the ISO results from the Pocket 4K as 12800, as I’ve been looking into getting one or two of these. I figured it might struggle, but I didn’t think the noise would be quite as bad as it is. I rarely need to go actually that high on my ISO, though. I usually sticking at 3200 or below. So, this hasn’t put me off getting one, but it was still quite surprising.