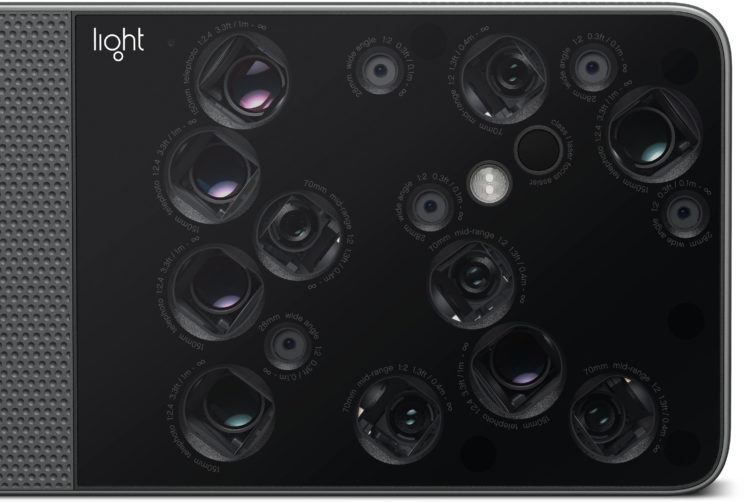 It’s been an interesting journey for Light, the company that brought us that crazy 16-lens camera five years ago. It garnered a lot of hype when it was first announced, and once word got out that the company had secured $30mil in funding and the Light L16 camera was going to see a big storage increase, a lot of people got excited. It wasn’t until 2017 that they actually started shipping, but the reception was somewhat cold.

In 2018, it seemed Light was teaming up with a company (which turned out to be Nokia) to make smartphones, and in 2019 they announced partnerships with both Xiaomi and Sony. Now, Light has announced they are “no longer operating in the smartphone industry”. Exactly what this means for Light’s future is unclear.

The news of Light’s withdrawal from the smartphone industry was confirmed by Android Authority and does indeed suggest that we may see no more smartphones besides the Nokia 9 Pureview containing Light’s multi-camera technology. But that isn’t confirmed.

The Light L16 was a pretty radical and revolutionary idea back in 2015. Smartphones hadn’t really adopted the whole multiple-camera thing yet, and seeing 16 lenses in a single device just seemed insane. Frankly, it still seems pretty insane today when most smartphones still only have 3 or 4 at most. The idea was to have multiple cameras see the same scene from slightly off-set angles to help increase low light performance, reduce noise at high ISO, and offer more versatility in post for refocusing and fake bokeh.

It didn’t quite live up to the hype, although it did see a number of updates shortly after it was released. For $2,000, though, it probably wasn’t worth the price of entry for the vast majority of people who’d pre-ordered one.

Light then teamed up with HMD to make the Nokia 9 Pureview, which was also met with a mixed reception, but overall somewhat disappointing reviews as the results from the cameras were just too inconsistent. Android Authority reports that sometimes it was “spectacular” while other times not so much.

But despite the doubt about the company’s future, we may still see Light technology in future phones. Light has been working with both Sony and Xiaomi, and perhaps the technology has already been licensed and is ready to go into future devices – although, if it was, you’d probably expect we’d have heard something by now.

We may now see Light follow in the footsteps of Lytro – another crazy company with a unique idea that shifted in a different direction away from photography and then ultimately sold up. It’s entirely possible that Sony (or Xioami, but more likely Sony) has acquired Light.

After all, Sony makes their own sensors and smartphone camera modules, which they then sell to a big chunk of the rest of the smartphone manufacturers. So, it would make sense for them to want to just do own all the tech if it thinks it’s a viable way to go for the future of smartphone photography.

Neither Sony nor Xiaomi has confirmed anything regarding Light, and Light themselves seems to be staying relatively quiet from what I can see. But we’ll update you as we hear more.

Light might soon announce a smartphone with nine cameras