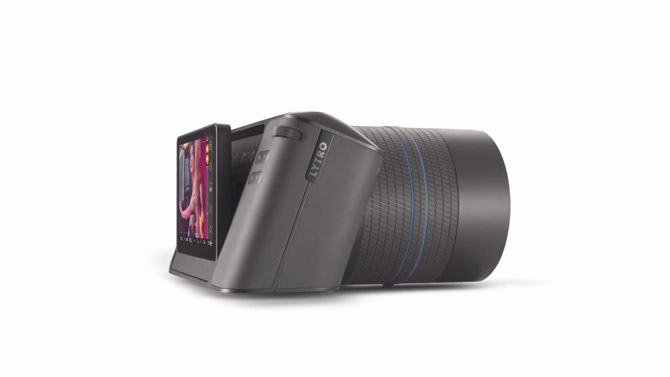 I’ve been quietly rooting for Lytro since they introduced their field camera, but the young, innovative camera company has never really been able to raise the kind of interest and momentum needed to make a name for itself as one of the leading camera manufacturers. But, that doesn’t mean the company is ready to give up just yet. Early this week, Lytro made an announcement to their staff that the company has recently secured $50M in new funding to further develop the brand.

In a report published on Re/Code, Lytro is moving away from still photos and instead placing more of their focus on video and virtual reality technology, in which Lytro hopes will help bring them to the forefront of the digital imaging industry. Most recently, Lytro has been pushing their Illum model, which allows photographers to snap “moving” images in which they can change the focal point with the click of a mouse. You can test drive this feature out by clicking back and forth between the model and the glass ball in the image below or pressing the PLAY button beneath the image.

While the Lytro’s most famous feature, the ability to change focus after the image has been snapped, is certainly noteworthy, the camera didn’t experience the widespread acclaim among photographers the company had hoped for. The price tag ($1600), the weight (2.4 pounds), and the lack of video capabilities proved to be an insurmountable obstacle for the Lytro Illum.

Lytro CEO, Jason Rosenthal, explained to Re/Code that he feels the virtual reality (VR) market is rapidly expanding and there is still room for growth within VR technology. “Light-field is really the perfect solution for this,” said Rosenthal. He further explained that he hopes Lytro is able to bridge real-world imagery to VR, a realm where computer generated content still reigns supreme due to to ease of use and cost of production.

While Rosenthal remained optimistic about Lytro’s future, the announcements made to his company earlier in the week were not all positive. The company plans to let go of anywhere between 25-50 current staff members in an effort to make room for new employees that will be working on implementing Lytro’s latest business plans.

To that end, Lytro is entirely giving up on the Illum. A company spokesman ensured CNET the Illum will not be forgotten, “Lytro will continue to invest in its existing products. Lytro has delivered 11 major software updates to the Lytro Illum and plans to continue to improve it through a series of software updates and companion tools later this year.”

VSCO cuts a third of employees due to the coronavirus impact

« How To Build A Killer 4-Feet, Double-Ringed, 27-Bulbs-Powered Ring Light
World Record for Light Painting Orbs Broken With 200 Orbs In One Photo »