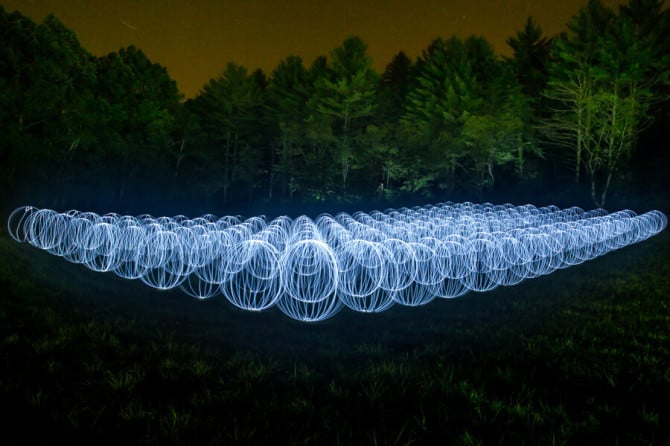 Light painters have many cool tools and techniques at their disposal allowing them to create various shapes, lines and colors. One of my favorite shapes is the light orb, so needles to say I was happy to see so many of them in one photo.

The East Coast Light Painting group set a Guinness World Record after they had successfully created 200 complete light orbs in a single exposure.

Light painting seems like an advanced form of magic if you don’t know how it’s created, so to anyone unfamiliar with light paining this photo will probably look like an alien nesting area.

If you have ever tried light painting though, you will appreciate the crazy amount of effort ad precision required to pull off such a feat.

The group, consisting of twelve light painters, used custom-designed light tools to “create an image as spectacular as the one Andrew Wells’ made, push the limits of light painting possibilities, and to have fun!”.

The idea to create this photograph came after Jason Rinehart saw UK photographer Andy Wells’ Century of Orbs and posted a message asking if anybody would be interested in attempting something similar.

Century of Orbs held the record for most light orbs in a single exposure (100), and consisted of far more orbs than any other photo when it was taken back in 2011. 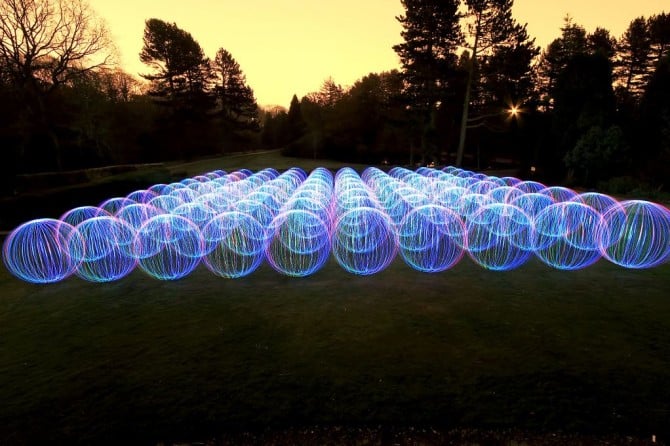 Doubling the amount of orbs, using six times the manpower (Wells had his brother to help him create some of the orbs), the ECLP group made the Blue Ridge Mountains in Floyd Virginia home to the new Guinness World Record.

You can see more great light paintings, and other photos, by the members of the East Coast Light Painting group in the following links:

I don’t know about you, but I’m hoping the UK tries to reclaim the record. Let the orb wars begin! 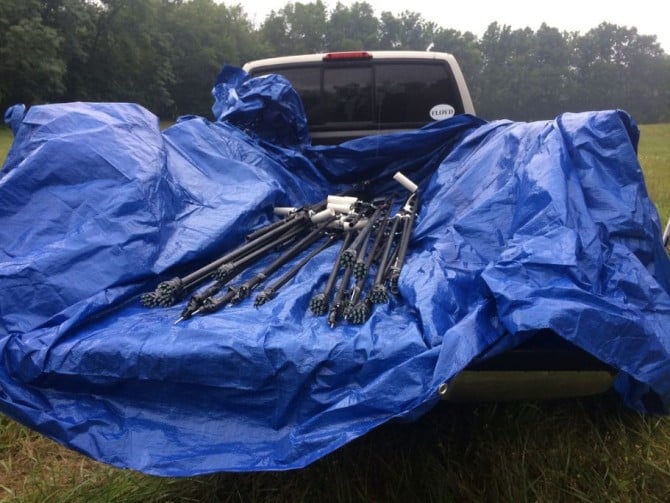 The tools used to create the orbs 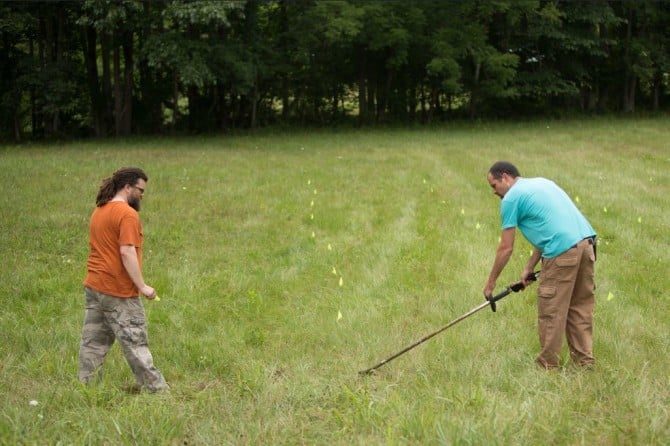 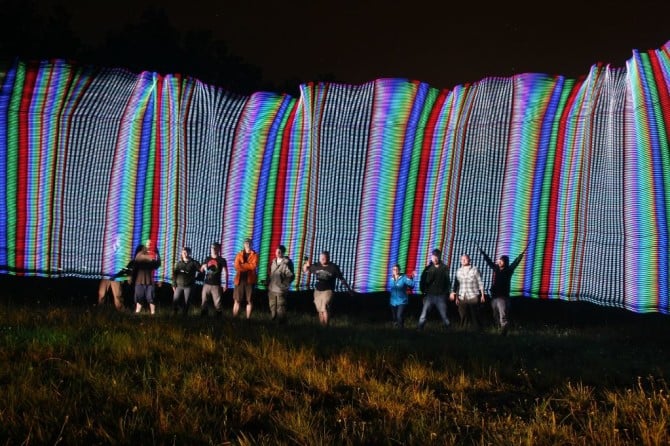 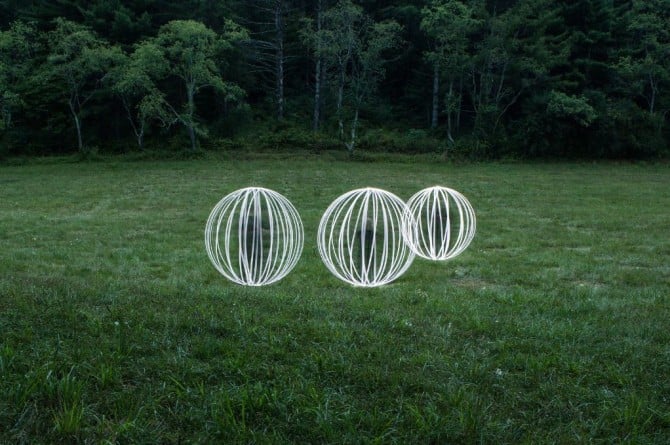 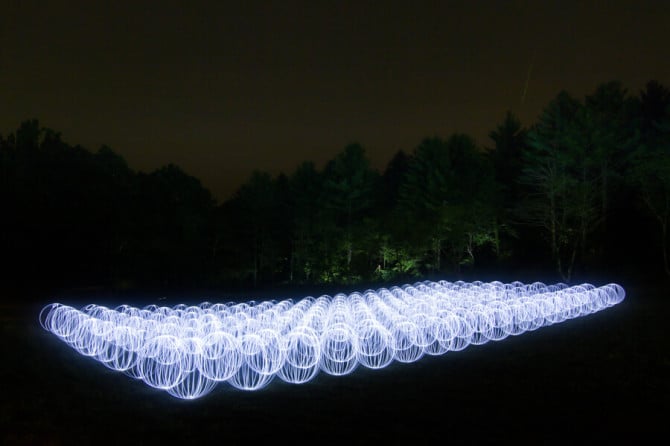 « Lytro Gains $50M In Funding; Cuts Up To 50 Employees As They Shift Focus From Photo To Virtual Reality
Developing New Signs For Photobomb, Selfie, Duckface, & Others In American Sign Language »