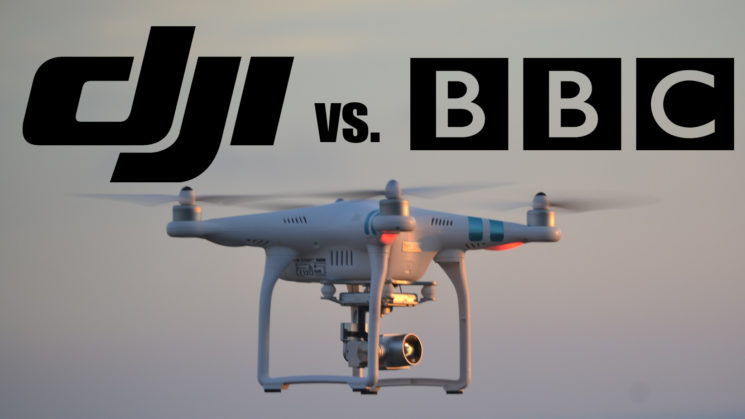 Earlier this year, the BBC aired two shows about drone safety. DJI has formally filed a complaint against the BBC in an open letter, calling them out for “sensationalist” and “biased” program about drones.

The first of the two shows is BBC Panorama’s “The Gatwick Drone Attack,” aired on 15 April 2019. The second was aired on 1 July, and it’s BBC Horizon’s “Britain’s Next Air Disaster? Drones.” Shortly after the second show was premiered, DJI filed a complaint. The company’s Director of Marketing and Corporate Communication, Dr. Barbara Stelzner, published an open letter to the BBC. She accuses the BBC of “one-sided reporting based on hearsay.” She adds that both shows “fall very short of informing and educating viewers in an impartial and accurate manner.”

Perhaps you remember the drone incident at Gatwick Airport last year. The focus of the first show was on this event, and Stelzner writes that it’s BBC’s duty “to paint a more nuanced picture of the events at Gatwick.” When it comes to “Britain’s Next Air Disaster? Drones,” Stelzner points out that “only about one minute of an hour-long programme was given to the multitude of benefits that drone technology has to offer society.” The DJI’s open letter was originally published on DJI’s website, but the link doesn’t seem to be working any longer. However, if you’d like to read the letter in full, it’s also published on sUAS News.

Only a day after DJI publishing the letter, BBC responded to criticism. According to Commercial Drone Professional, a BBC spokesperson said that the investigation was “justified, fair and impartial.”

“From the outset, and repeatedly during the film the positive uses of drones and the efforts the industry has taken to make them safe was referred to. The film does not claim that drone technology is unsafe, but rather that in can be used maliciously when in the wrong hands. Indeed, as drone users ourselves the BBC is well aware of the positive benefits of them when used appropriately.”

DJI has already fought against a negative depiction of drones. Perhaps you remember a video showing what happens when a drone hits an airplane wing. DJI claimed that it was unrealistic, misleading and damaging to the company’s reputation, and demanded its removal.

On the one hand, DJI is working on strengthening the geofencing system so that the incidents like those at Gatwick or Heathrow don’t happen again. In my opinion, it was not the BBC’s intention to harm the company with its programs. After all, we can hardly blame DJI for irresponsible or malicious drone pilots. It seems to me that the BBC’s focus was simply on the possible negative uses of drones if they get in wrong hands. Considering that drones are becoming more widely available, I guess we’ll see a rise in both their good and bad uses.

« This is the first-ever photo of quantum entanglement
Sony gearing up to announce the A7R IV later today, rumour suggests »