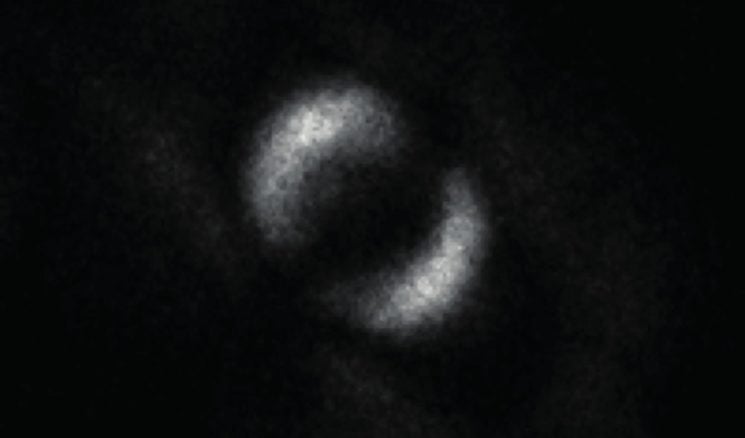 When science and photography join forces, they usually end up with breathtaking results. Last week, physicists at the University of Glasgow in Scotland captured and shared a photo of quantum entanglement. It’s the first actual photo of this phenomenon ever taken, and it’s absolutely awe-inspiring.

Quantum entanglement is a phenomenon which describes a relationship between fundamental properties of a particle, such as their momentum, position, spin, or polarization. As quoted on Wikipedia, “it occurs when pairs or groups of particles are generated, interact, or share spatial proximity in ways such that the quantum state of each particle cannot be described independently of the state of the others, even when the particles are separated by a large distance.”

The image captured by the scientists at the University of Glasgow is the first image ever showing the particle interaction. In other words, it supports the science of quantum mechanics and the theory of quantum entanglement. The particles we see in this historic image are two photons – or two light particles- interacting with each other.

The paper containing this image was published in Science Advances. One of the authors, Paul-Antoine Moreau, told the BBC that this image is “an elegant demonstration of a fundamental property of nature.” As for the possible implications, he added that “it’s an exciting result which could be used to advance the emerging field of quantum computing and lead to new types of imaging.”