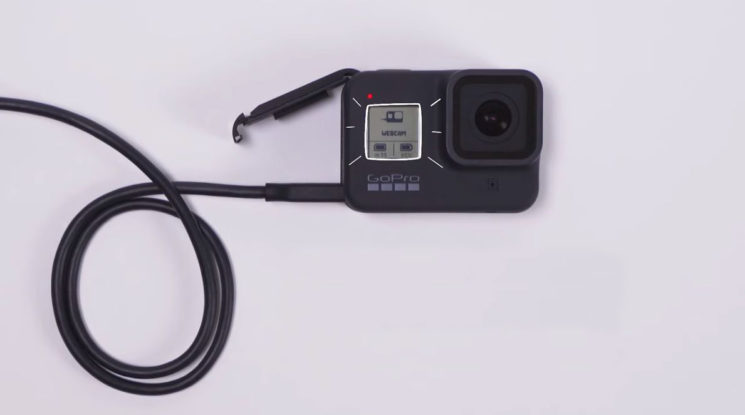 Ever since the coronavirus pandemic began, there has been a shortage of web cameras and other gear necessary for working from home. But now you can use your GoPro Hero 8 as a webcam. Thanks to the latest firmware update, all you need is a USB cable to connect the camera to your computer and start using it for video calls.

With the new firmware update, you can use GoPro Hero 8 with all sorts of apps. It will work for Zoom, Microsoft Teams, Discord, Webex, Skype, Slack, and others.

For now, the firmware update is only available for Mac. But worry not Windows users, GoPro says that the Windows version is also on its way. If you’d like to give it a go, start by downloading GoPro Webcam Beta Firmware. Take a look at the rest of the instructions here and in the video below.

I’ve been trying to find a decent webcam lately that doesn’t cost like half of my DSLR, but I’ve been out of luck. Looks like all the decent ones have been sold out when the “stay at home” orders began, and due to the situation, the import is limited as well. And from what I’ve heard, it’s been the same in other countries, not only in Serbia. So I think these solutions we’ve had from Fujifilm (now also for Mac), Canon, Sony, Olympus, Sigma, and now GoPro are really useful. I think that GoPro is the handiest solution thanks to its small size. Although, its wide-angle lens would show lots of my messy room behind me, which is a downside. All joke aside, I think these are all handy solutions and I hope I’ll also see one from Nikon soon.