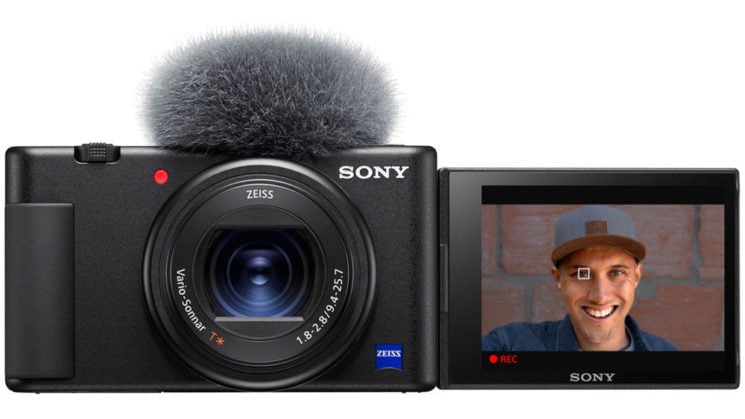 Sony’s ZV-1 vlogging camera, while not perfect, has got a lot of people very interested since its launch in May. It’s an all-in-one camera that offers optical image stabilisation, a flippy out LCD (finally, Sony, thank you!), 4K video up to 30fps, a 24-70mm equivalent field of view lens at f/1.8-2.8 and a microphone socket with a hotshoe on top to mount it.

But it’s about to get even better. During the recent Interview between DPReview and Sony VP Kenji Tanaka, he revealed that a new desktop application is on the way that will turn your Sony ZV-1 into a USB webcam. No HDMI capture device required.

There isn’t much mention of it aside from one line. They don’t say whether it’ll cause your computer to see the camera as an actual webcam so that you can use it in Skype, Zoom, etc. Or if you have to cheat using OBS and a plugin, as with the Panasonic app.

A lot of people will also enjoy the ZV-1 as a webcam when connecting it to a PC via USB. We will deliver a new Desktop application in July to enable this.

Mr Tanaka also did not say whether this would be PC only or if Mac users would also be able to utilise this feature. Hopefully, it means both, but this sort of thing often tends to come to the PC before the Mac, so we’ll see.

No specific date was mentioned as to when the software would be released, just that it would become available at some point during July.