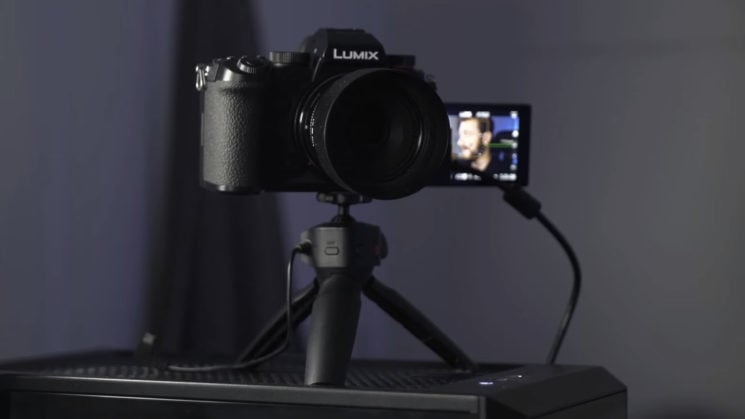 Panasonic recently released its new LUMIX Webcam Software for Mac and Windows to replace the hacky workaround they initially announced back in June where you had to use some desktop capture software to fake a webcam. It also replaces the same hacky workaround for the Mac using LUMIX Streaming Beta.

The new LUMIX Webcam Software is also in beta, although this one actually makes your Panasonic camera visible to your Windows PC or Mac as an actual webcam device. Richard Wong took it for a spin and put together a video showing us how it all works.

It’s certainly much easier than the previous solution. We shouldn’t really give Panasonic too hard of a time about the original “Streaming” software, as it was put out in a rush to give Panasonic shooters at least something while they worked on creating this.

But while the new webcam software does show your camera up as a device on your computer (you need to have the software running in the background and then that translates the camera signal into a device), it’s still limited to a pretty small range of Panasonic’s higher-end cameras. Basically, its full-frame mirrorless and top-tier MFT mirrorless cameras.

Even the new Panasonic G100/G110 isn’t supported at the moment, although Panasonic says that it will be “compatible in the future”. And for those cameras that are supported, the resolution is limited to 1280×960 or 1280×720 (depending on whether you’re in 4:3 or 16:9 mode on the camera) for what it sends out to the software. Speaking of software, here’s Panasonic’s official list of compatible software and compatibility for Windows and Mac. 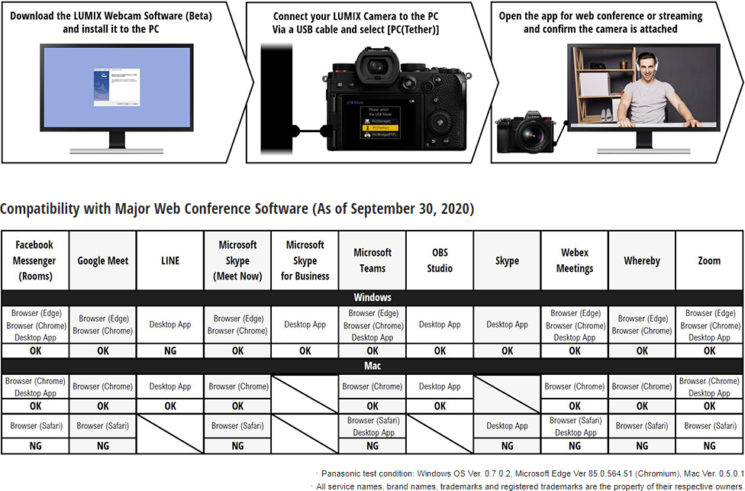 Personally, I still think many of Panasonic’s older cameras (which you can still buy new!) like the GX80/85 and G80/85 are the best cameras for such a use case, though. Many Micro Four Thirds shooters have lower-end cameras like those mentioned above lying around doing not a lot.

Being able to put those older cameras to permanent at the computer use would create much more goodwill amongst its users than limiting support to only the latest models – that they’ll have to continually plug and unplug from their computer and change settings on, especially with such a low resolution.

If you have one of the compatible cameras, though, and want to check out the software for yourself, you can grab it here. Personally, I’ll stick to HDMI capture.

« Canon releases footage samples from upcoming 8K cinema camera
If you hate lens mugs, you might like these lens-inspired glasses »