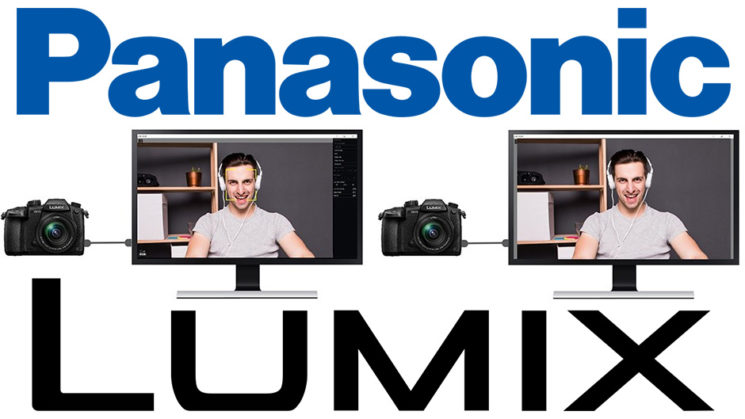 As seems to be the trend, Panasonic has jumped on the bandwagon of letting you use your mirrorless camera as a webcam over USB. Sort of. Whereas most manufacturers like Canon, Sigma and Fuji let your computer detect your camera as an actual USB webcam device, Panasonic’s solution… Well, it works, but it’s pretty clunky.

Instead of simply showing up as a capture device, like the others, Panasonic’s solution basically sends a live view stream to their desktop app (for Windows only). From here, you need to capture that app using something like OBS and then use an OBS plugin to fake a capture device that can be seen by Skype, Messenger, Zoom, etc.. Yeah, like I said, it’s pretty clunky.

As well as being a bit of a hacky workaround to the problem, it’s only compatible with a limited number of cameras. Specifically, that means the GH5, GH5S, G9, S1, S1R and S1H. That doesn’t help me, who’s just purchased a pair of G80s and a pair of GX80s (that’s G85 and GX85 for folks in the USA). Oh, and it’s only available for Windows. Not Mac. That last bit isn’t a problem for me, but it will be for many.

If you have one of those compatible cameras, though, and you want to give it a try, photographer and YouTuber Richard Wong has put up a video going over the whole process.

The software is essentially just a modification of Panasonic’s regular streaming software. The only real difference is that it allows you to hide all of the UI components, like the autofocus point and settings bar so they’re not caught up in the capture software.

It’s nice that they’re making the effort, but it’s pretty lacklustre. This is just a beta version of the software, though. So, if Panasonic is looking for feedback, here it is.

If you want to check it out, though, head on over to the Panasonic website.

« Haida bring the Variable ND filter to the M10 100mm system; a review
Here is a rare sight for a 19th century photo: a smile »