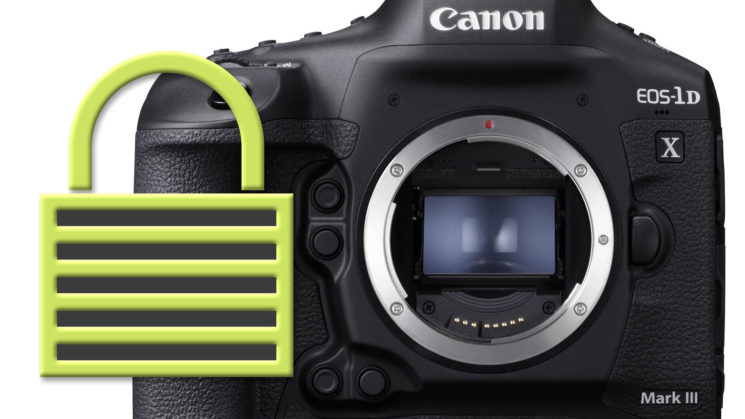 Recently, a number of users have reported that the Canon 1DX Mark III will lock up under certain (often mystifying) conditions. Canon seems to have at least figured out what’s causing the issue now, though, even if they haven’t managed to resolve it yet.

From Canon’s description of the problem, it all boils down to the electronic level indicator. For now, the recommended advice is simply to disable it, although Canon has said that a new firmware update is on the way, planned for release in early April, to resolve the issue completely.

We have confirmed that the following phenomenon may occur during use of the EOS-1D X Mark III digital SLR camera. A new firmware release is planned for early April; once the new firmware is ready, we will make an announcement on our website.

When the camera is used with the electronic level set to “Show” in the viewfinder display, in rare cases, the camera may not perform normally when operating the AF-ON button or shutter button.

Use the “Hide” setting for the “Electronic level” in the “Viewfinder display”.

Canon says that they plan to release a new firmware update to address this issue in early April, but for now they suggest using the workaround noted above – to simply disable the electronic level.

This would ordinarily be a hindrance to many photographers, but right now, there aren’t many people out shooting anyway, so I think most of us will be able to wait just fine.

Canon also says that if you own a 1DX Mark III and haven’t done so yet, to go and register it, and they’ll email you a notification as soon as the firmware is available and ready to download.