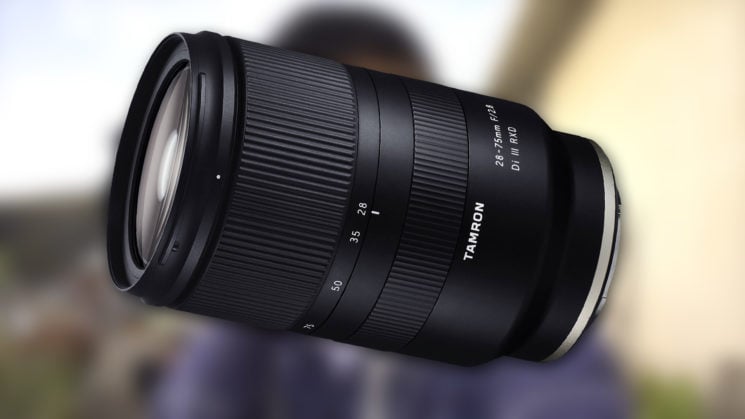 Tamron couldn’t stop shouting about its new 28-75mm f/2.8 Di III RXD full frame lens for Sony leading up to its launch. I must’ve received a dozen press releases from them since the beginning of the year announcing its release. Now that its out, though, it seems that it has one big flaw. The autofocus randomly dies, requiring a power cycle of the camera in order to get it working again.

The issue was reported by That1CameraGuy during his initial review of the lens. But now, Tamron has acknowledged the existence of the problem. They don’t know what’s causing it, but they say that they’re trying to figure that out and that a fix will be coming via a firmware update which can be applied through the camera.

A few people in the comments for that video also mentioned experiencing the same problem. Other reviews have also mentioned it. So, it’s not just an isolated incident. Although some users report that they’ve experienced no issues at all. So, there must be a certain set of conditions that cause it.

But Tamron has been quick to respond. They mention that the issue occurs when using video recording mode, although you can see in the video above that it happens when shooting stills, too.

Thank you for your interest in Tamron products.

We would like to announce that we discovered some issues with the auto focus of our new lens, 28-75mm F/2.8 Di III RXD (Model A036) for Sony E-mount, 35mm full-frame mirrorless cameras, released on May 24, 2018. The issues occur primarily when using the camera in video recording mode.

Rest assured, we are evaluating the cause of the error and for the solution to this matter. We expect this issue to be resolved very shortly and we will release a firmware update at that time.

We sincerely apologize to all users and potential purchasers for any inconvenience this issue may cause.

When it works, it seems to be quite a well-performing and very sharp lens, from what I’ve been reading. Of course, you can’t really trust a lens that may randomly die on you to go out and shoot real jobs for clients. The last thing you want is to be at a wedding or other non-repeatable event and miss the big moments because your lens wouldn’t focus and you had to power cycle the camera.

I suppose, in a way, it’s good that Tamron hasn’t been able to keep up with the demand. It means that fewer people are going to be having problems with the lens. You can’t have a problem with a lens you don’t have, right?

Of course, the cynic in me wants to think that Tamron discovered the issue much earlier than announced, and are just holding back on shipments until they figure out how to fix it.

Hopefully, they’ll be as quick to issue a fix as they were to address it after the people started reporting it.

« The Skydio R1 Drone can now follow vehicles through the woods… without crashing
500px Marketplace shuts down, Getty Images will soon take over »