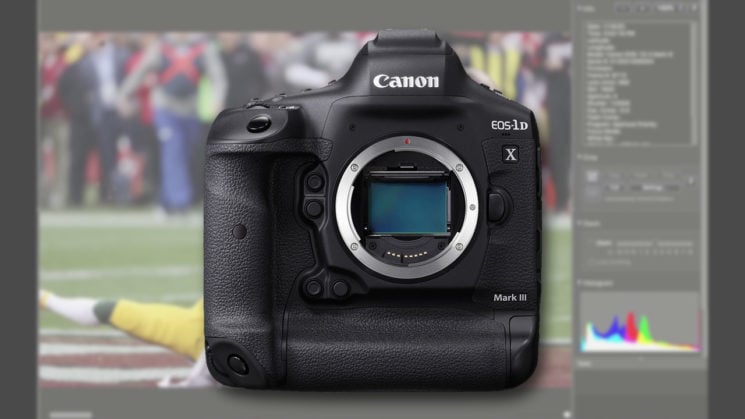 If you’re a fan of sports, you’ve no doubt seen the work of photographer Peter Read Miller at some point, even if you haven’t been aware of it. He’s been covering sports photography for over three decades and he’s managed to get his hands on a new Canon 1DX Mark III.

In this video, he talks about his experiences with the new camera with images from a couple of NFL games, and breaks down some of the new features that it offers.

Although the 1DX Mark III isn’t actually out yet, Peter’s career and history shooting with Canon means that he’s one of the lucky few who gets to play with it first. The 18-minute video covers a lot of the differences it has over its predecessor, but he also recommends reading the recently released Canon white papers for the 1DX Mark III.

Highlight features that Peter points out include…

The sample images Peter shows in the demonstrate that even at 16 frames per second, the autofocus seems to keep up very well, and it doesn’t seem to struggle at tracking people, even when wearing “football” helmets.

Although Peter doesn’t go quite into the detail that the white papers do (which is why he recommends reading through them several times), he goes into quite a lot of depth on the 1DX Mark III’s capabilities, and it’s well worth a watch if you’ve been thinking about the upgrade yourself.

« How to build a massive DIY orbital spinning camera rig
Xiaomi to partner with Nikon, Canon or even Hasselblad for their next camera array, report suggests »