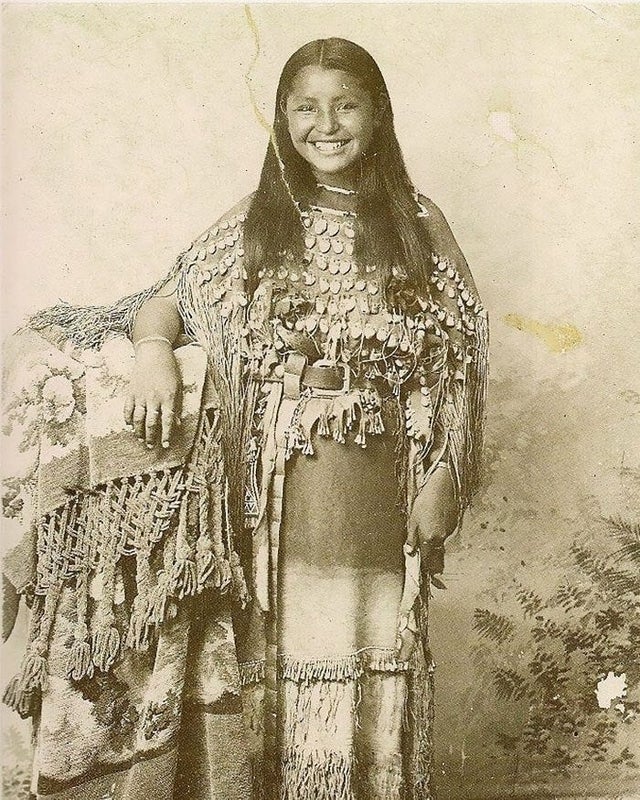 A simple smile can make a significant change. Apparently, it can sometimes also “break the internet.” A photo from the late 19th century has recently emerged and quickly went viral. Unlike most photos from that era, it contains something so small, yet so powerful: a smile.

The image was posted on Reddit in ten different communities, sparking thousands of comments. It shows a young Native American woman wearing a Kiowa tribe outfit and a beautiful, wide smile. According to Smithsonian Institution, the image was taken at George W. Bretz’s studio in Fort Sill, Oklahoma around 1894.

Judging from the description, this young woman’s name was O-o-dee. Reddit user urocyon2012 writes that the elk tooth dress she is wearing was commonly found among groups in the northern Great Plains. However, this image was taken in Oklahoma, according to its description. “She was a member of the Kiowa,” urocyon2012 explains. “The Kiowa were originally from the northern Great Plains (western Montana) but moved south to Colorado before being removed to a reservation in Oklahoma in 1867.”

This image sparked tons of comments in different Reddit communities. Many users agreed that the smile makes the photo look modern; “like I could walk up and talk to her” as one of the users writes. Indeed, the friendly smile makes the girl seem approachable and her photo looks almost as if it were taken recently. But why is this so?

When you look at the photos from 19th century, you will rarely see a smile. Interestingly enough, there are several theories that explain it. The one I’ve heard most often is that it took a few minutes to take a photo, so it would have been impossible for people to stand perfectly still with a smile upon their face. Another theory claims that it was because photographers drew inspiration from photos. Then, some historians claim that it was because most people had bad teeth. And then, there’s also a theory that claims that smiling was even socially undesirable. Still, it looks like a single smile can conquer the world (or at least the Internet), even 126 years later.

How Good Is Your Hue Sight?