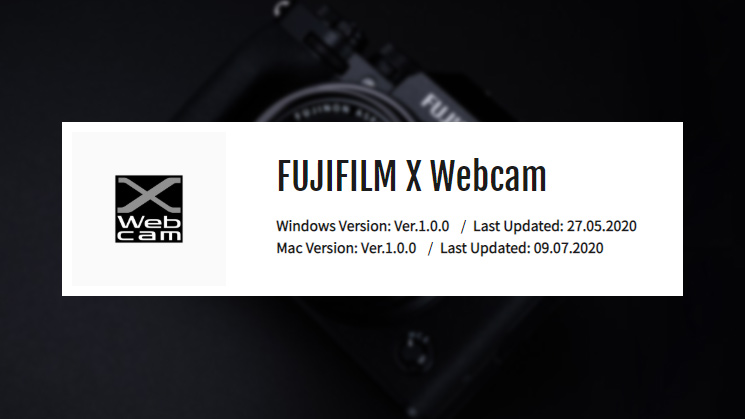 Fujifilm’s X Webcam software proved to be a big hit when it was released for the PC a couple of months ago and Fujifilm announced not too long ago that their X-T200 and X-A7 models would work as USB webcams for both the PC and Mac without any other software at all (as long as you installed a firmware update).

Well now, Fujifilm has released X Webcam for the Mac, allowing you to use your Fujifilm GFX100, GFX 50S, GFX 50R, X-H1, X-Pro2, X-Pro3, X-T2, X-T3 or X-T4 on your Mac over USB for live streaming or video conferencing with the likes of Skype and Zoom.

Fujifilm X Webcam requires macOS 10.12, 10.13, 10.14 or 10.15 and Fuji says that other versions are not supported. But it’s simply a case of downloading the pkg file, running the setup and then restarting when it tells you to.

As with the Windows version, it’s compatible with a specific set of cameras and once it’s installed you should be able to access your Fuji mirrorless camera in the same way you would a regular webcam.

But if you have the X-T200 or X-A7, you can also use those as a USB webcam without installing any other software after a firmware update. Or, if you don’t want to use your Fuji camera as a webcam, or yours isn’t on the list, then you can always use your GoPro.