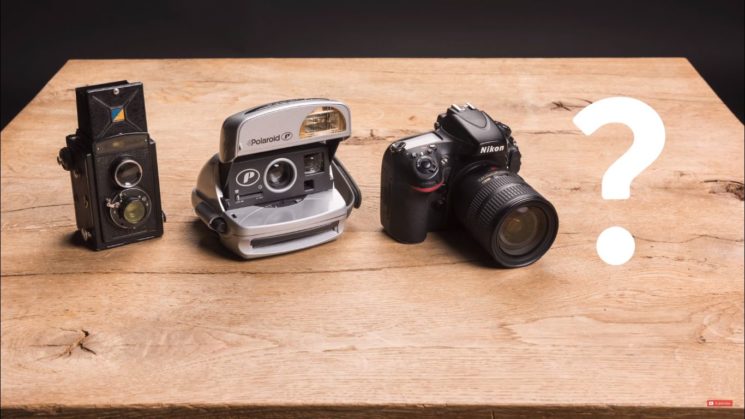 Photography has changed immensely over the years, and in the 21st century, the change seems to be faster than ever before. The team behind COOPH has created an interesting video where they suggest ten predictions about the future of photography. With the development this fast and versatile, we can probably expect a lot of dramatic changes in both near and far future.

The sensors are getting improved, and in the future, they can only become stronger. Some of the predictions are that they’ll have the resolution of hundreds of megapixels. The ISO values will increase too, so the cameras will be able to “see in the dark” without harsh noise. The development of the curved sensor can also improve the quality of the images in future.

With the mirrorless system and smartphones, the smaller cameras are already here. Dr. Hajamiri of California Institute of Technology claims that he is developing a camera without moving parts. No lenses and no mirrors. It would be completely flat, and potentially flexible to control the field of view. Sounds like science fiction to me, but who knows.

The cameras have become more available to everyone, so everyone can capture their surroundings. This could lead to greater storytelling, maybe even to revolution.

As technology evolves, we integrate it more into our daily lives. Things like VR goggles have seemed like science-fiction when I was a kid, and now they’re a real thing. Not to mention the DJI Goggles that also let you interact with the drone. Sony is even developing a contact lens with an integrated camera. So who knows, in the distant future, we may actually have some sort of implants with cameras (I may be going too far, but my imagination has gone wild now).

One day, we may be able to control the camera remotely through sensory input. Mimi Zou of Royal College of Art in London is credited with the design concept for the world’s first biometric sensing camera. The lens would be capable of reading the user’s eye movement – you blink twice to take a photo or squint to zoom.

Similarly, we may also have a gadget that will measure brain activity and automatically shoot photos when we see something we like.

In the future, we may find the solution to the bulky lenses. Perhaps in the future, the cameras will come with multiple integrated lenses. Judging from the Light L16, this isn’t impossible, and it’s not far in the future.

Battery life and performances are constantly improving. In the future, they may use solar panels for charging. Or, to go even further, maybe we’ll have completely new power sources.

Before digital cameras appeared, printing the photos was the way to display them. Now we mainly store and display photos in a digital format. In the future, new formats could appear. We could project them as holograms, which may not be so far in the future at all. And maybe we’ll store them inside an astro droid. ;)

As cameras develop, the software will follow along. We already have lots of software that do almost all the work for you: colorization, editing, transferring style of other photo and what not. I’m a little concerned about the sentence “how long will it be before the humans are taken out of the creative process altogether?” Will it still be a “creative process” if humans aren’t involved? But I guess that’s a whole new topic.

10. Return of the vintage

Vintage cameras and processes return into fashion after a while. Well, in the future, DSLR could become vintage collectibles. Although, we in Serbia will still have Nikon D60 sold in camera stores at the full price.

[10 Predictions for the Future of Photography | COOPH]