About two ago Times broke with a piece about how Russian billionaire Roman Abramovich has an anti-paparazzi system built on his new Yacht. This triggered a bunch of follow up posts from technology and photography blogs covering the story.

The system is described to work by detecting the CCD of an camera using lasers and shinning a bright beam of light onto the CCD rendering any image burned.

Many of the commentators were skeptic about whether or not a system like this can really exist, so we decided to take a tour to the realm of anti photography systems. Click any of the images for more info.

Rretroreflective materials have an interesting feature. They reflect light back at the where the light was originated from. You often see them on car bumpers or emergency stairs.

This quality makes refractive tape the perfect material for a very basic (and somewhat awkward) system. Simply wear some tape around your head and any on camera flash pointed at you will be zapped with enough light to make your face covered it flare. It maybe could be used as an anti paparazzi celebrity accessory, provided you can find a celebrity willing to wear a retroreflective bandana. 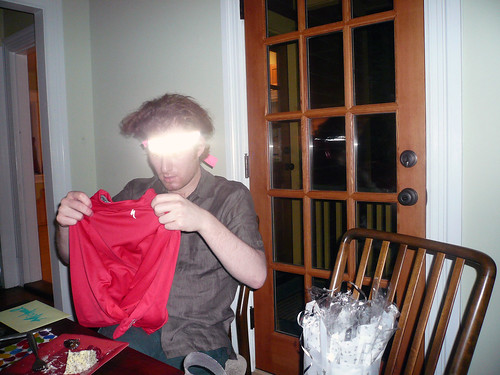 This is another simple idea that most Strobist practitioners can probably implement on their own. The Camoflash from Adam Harvey is a purse fitted with a powerful LED strobe. Once the bag detects a burst of light coming from an external flash, it gives out a burst of its own causing the resulting image to be overexposed. 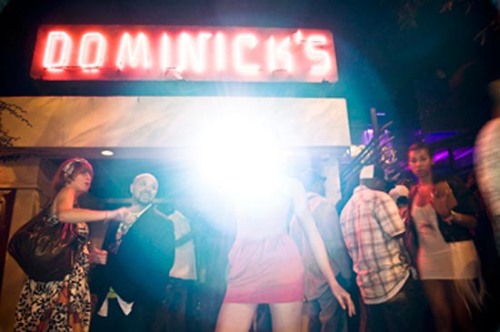 And here we are back with Roman Abramovich’s new Yacht – Eclipse. Supposedly equipped with special lasers that can detect camera sensors and squirt them with light bright enough to nuke a photo.

The concept is not new and researches at the Georgia Institute of Technology built a prototype for a similar system back at 2006. Their prototype use a couple of cameras to triangulate the CCD (which, so comfortably, is retroreflective) analyze its shape and blast it with a ray of light. But they do talk about a possible improvement that uses infrared Lasers to locate the camera.

Back at 2006, the research group still did not find a way to defeat DSLRs which only expose their sensor fir a brief moment (say 1/500 of a second) while shooting.

But, then again, maybe Abramovich has access to military grade technology that we are not even aware of. The F117 stealth aircraft, for example, was conceived at 1977 but exposed to the public on 1988, so who knows what technology is available today. 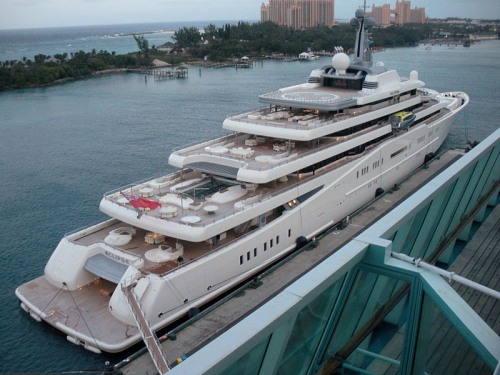 The future of mobile photography, and dual camera systems