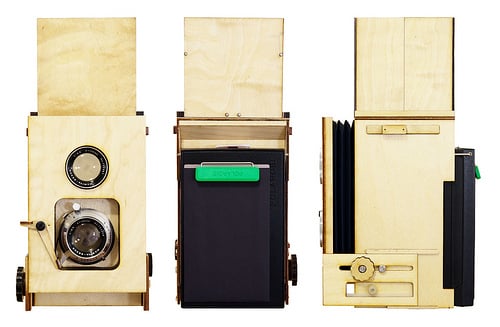 This home brew TLR (Twin Len Reflex) Polaroid is yet to be named (maybe you can help) but since it is a one of a kind you can just call it THE Home Brew Polaroid TLR.

Kevin Kadooka (A.K.A. kkado on flickr), a mechanical engineering student at University of Portland, created this camera by combining a lens pair from an old pair of  105mm f/3.5 lenses originally intended for a C-series Mamiya TLR with a Polaroid back from a Mamiya Universal.

Since this combination was not… hmmm…. supported by Mamiya Kevin had to design a body using solidworks and build it using birch plywood parts ordered from a laser cutting service.

To describe the camera, Kevin tells us

“Imagine a Rolleiflex, scale it up two times, and add a Polaroid back. Then you have a decent idea of what this camera is like. It makes no claims to the build quality, styling, or ease of use of a Rollei, or even a Yashica TLR, it is a home-grown tool.

The rationale behind this project was that there is no existing camera (as far as I’m aware) that combines the convenience of instant film with the pleasure of TTL viewing (e.g. TLR’s and SLR’s). While you could easily attach a Polaroid back to an RB67, I wanted to be able to take advantage of the full 3.25×4.25 format. 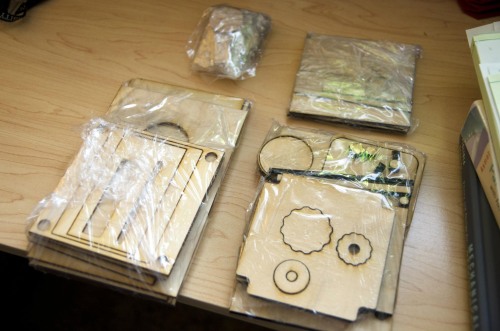 And as far as usage goes, it is just like any other camera, with the exception that it is a look magnet.

“It works just like a normal camera should – you focus on a ground glass screen, cock the shutter, and shoot away. Pull the film out, and you have a photo – simple as that! It can get a little more involved – manual metering and waiting around for the film to develop adds a few minutes to each “instant” photo…

…After a couple of weeks and two packs of film, I can report that it is
freakin’ fantastic to use, but most because it’s so ridiculous. It
also garners a lot of attention; I’ve heard passersby murmur “is
that a camera???

Here is how a software render of the camera looks like 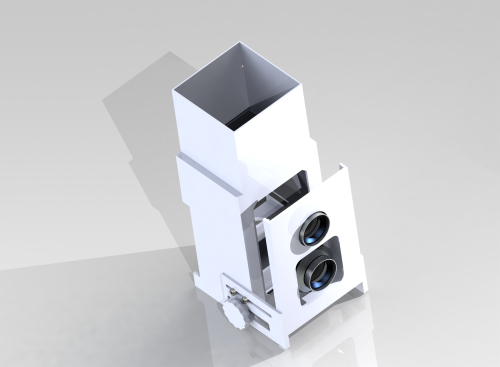 and here is how the camera looks partially assembled… 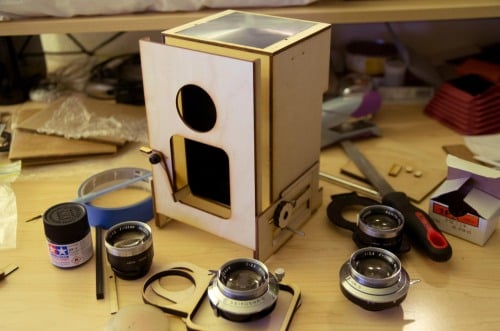 And finished and mounted on a tripod 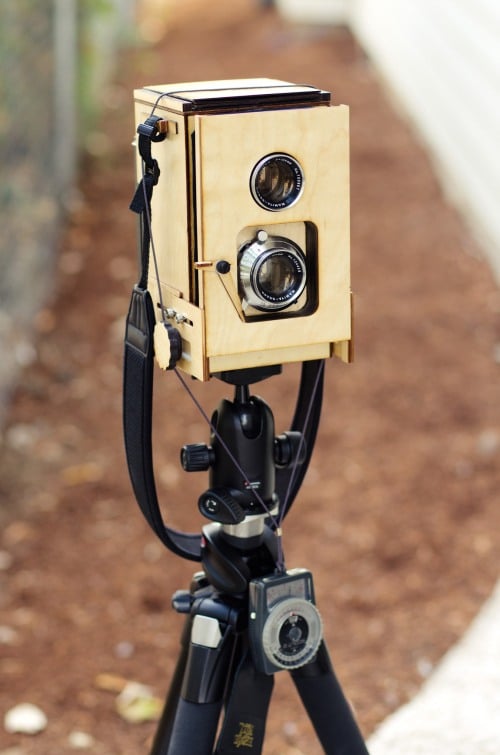 Here are a few samples takes with it and scanned to the webs: 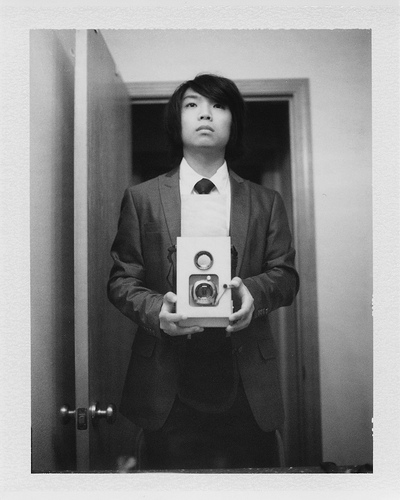 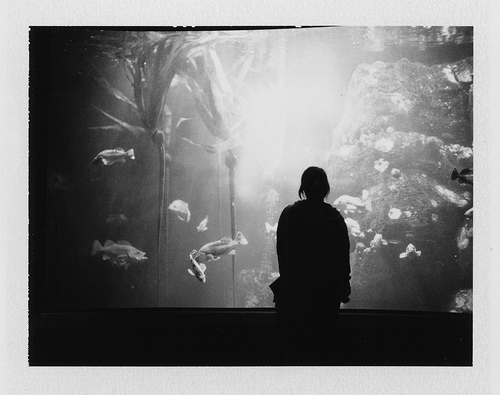 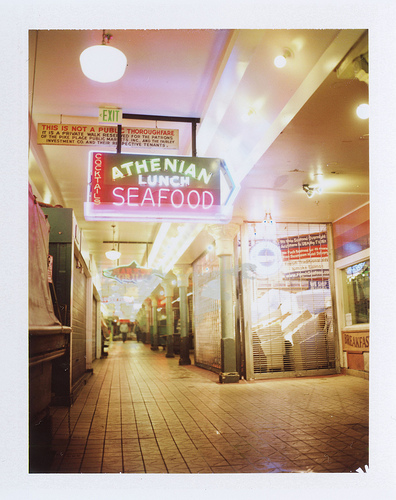 Between the Hyperscope and the Tilted Plane Pinhole it seems that strange bewitched cameras are all around us this month.

How To Make a Home Brew Smartphone Film Scanner