Just when I thought that the photography gear industry is getting a bit boring, Polaroid is stirring things up with a new patent suit against GoPro.

Polaroid (or rather C&A Marketing, which holds the Polaroid brand) filed a patent infringement suit claiming that the (now discounted) GoPro Session is infringing on their Polaroid Cube.  Polaroid’s patent, dated May 26, 2015, has only one claim: “The ornamental design for a cubic action camera, as shown and described“. So Basically Polaroid is suing GoPro over making a cubical action camera.

I will give Polaroid this: The GoPro session is an Action Camera just like the session. And it was  launched last July, 18 months after the Polaroid Cube.

To their defense, GoPro told CNBC that

… the company’s timeline of patents proves that it was working on the Hero4 Session long before a competitive product was unveiled. The representative also said EU patents for the Hero4 were issued in March and that the company is still awaiting a U.S. patent that it sought last year 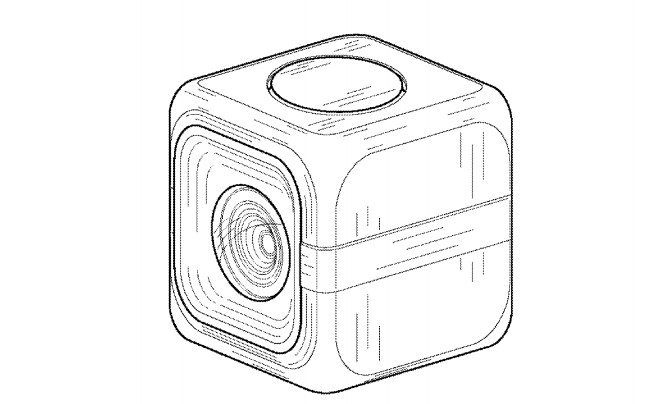 Image from Polaroid patent for the session

Interestingly it is not DJI who is coming after GoPro….

Patents aside, are they the same?

As for the cameras, they are hardly alike. Here is a quick comparison between the two (using Polaroid latest Cube+)

Appearance: To start, it seems that the two cameras are not targeting the same audience: Polaroid’s Cube+ is a colorful $150 camera targeting lifestyle enthusiasts. GoPro’s session is a $250 black monolith aimed at extreme enthusiast.

Connectivity: Both camera are way too small for a screen and both rely on a smartphone for settings and control. Both cameras, however, feature a simple single button with two settings: shoot and off.

Durability: The Cube+ needs a waterproof case, but it has a cool magnetic mount. The Session is waterproof to 33′ (10m) right out of the box